Home OH Packard – Ask The Man Who Owns One
OH

Packard – Ask The Man Who Owns One 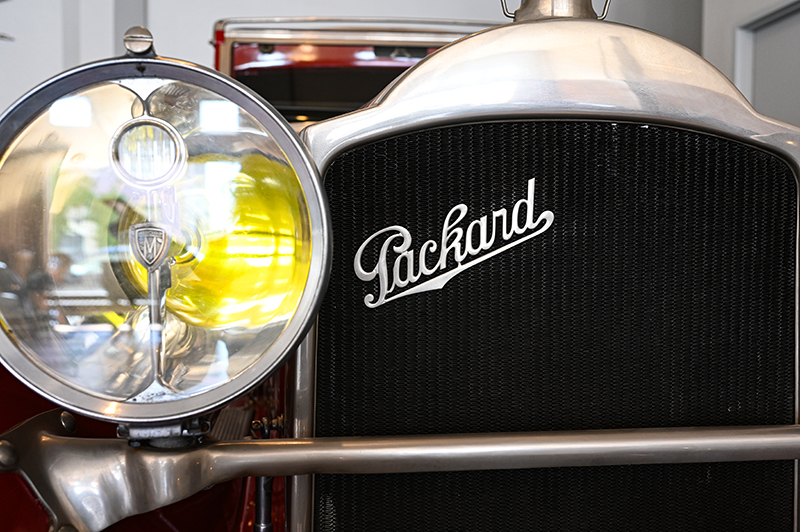 The Packard Museum in downtown Dayton, Ohio is a time capsule of fine automobiles from the first 50 years of the twentieth century. 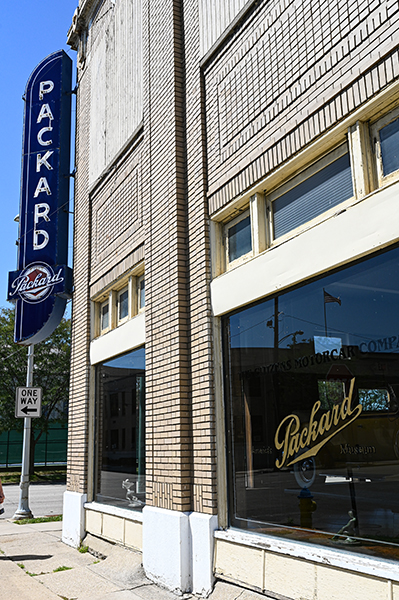 The Packard Museum is housed in the original 1917 Packard Dealership Building. The Art Deco building is in the heart of downtown Dayton and the cars are part of a private collection. 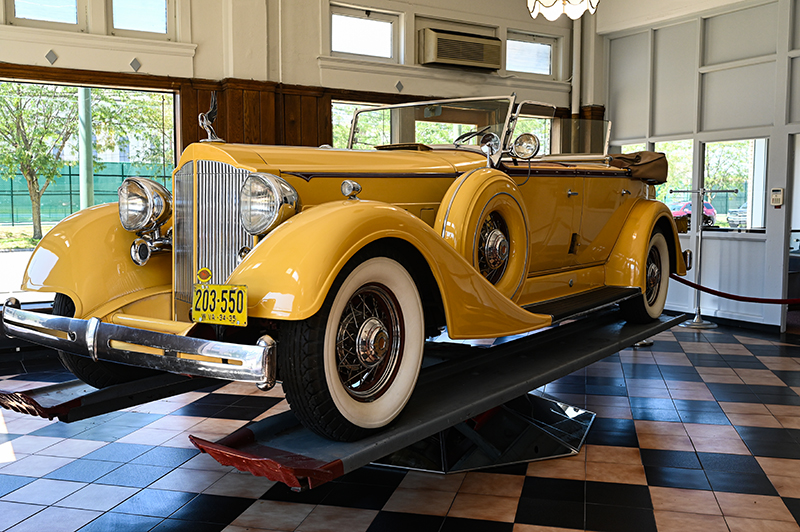 The front showroom holds some real beauties. Packard made luxury cars and was the top choice for the wealthy swells of the 1920’s and 30’s. Think Great Gatsby and you’ve got a Packard. 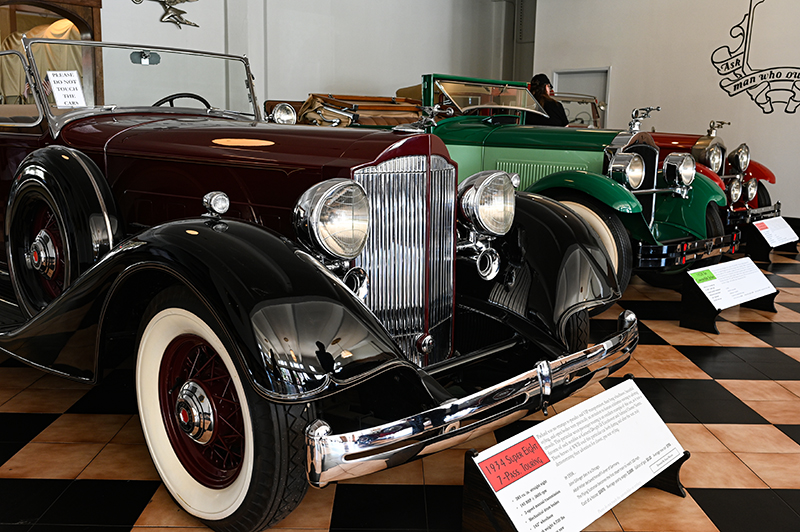 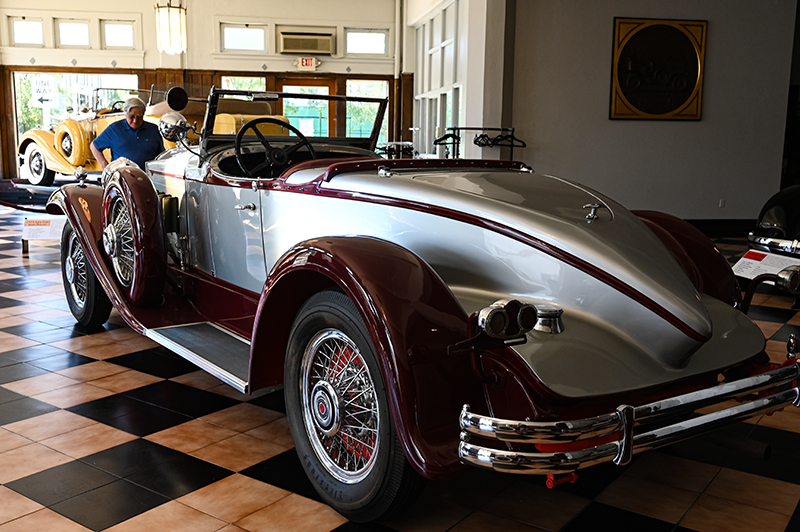 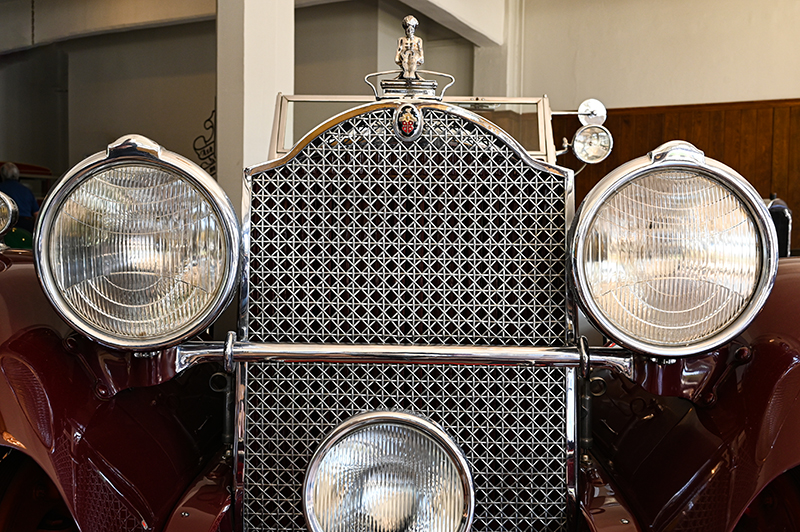 There’s over 50 cars in the collection and nearly every one is drivable. The cars are regularly taken out for road exercise.

This 1928 Six Convertible Sedan competed with the Cadillac LaSalle. It was the last year Packard offered a six cylinder, moving to eights and twelves in the 1930’s. 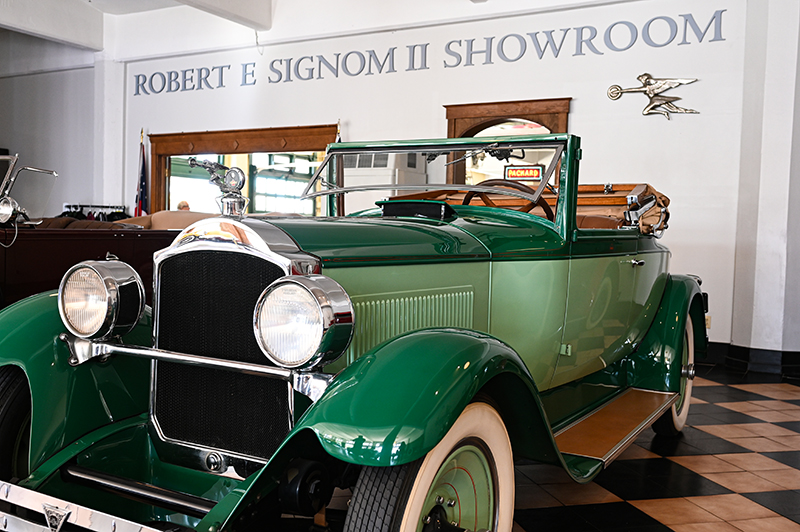 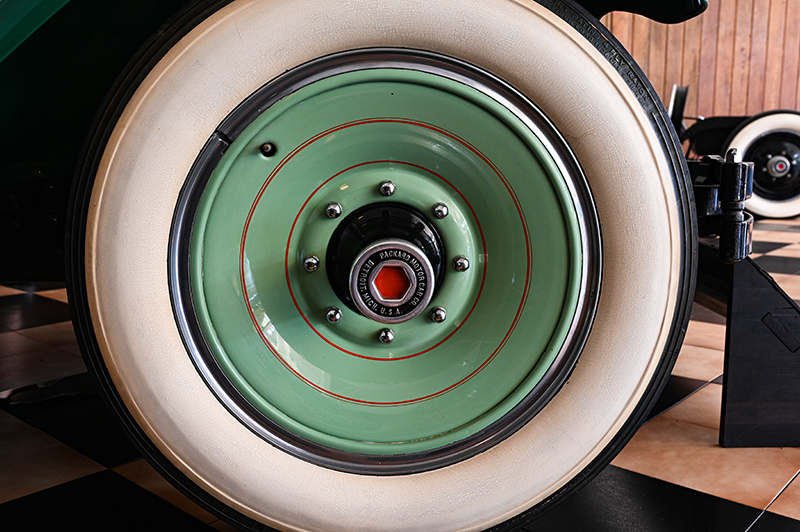 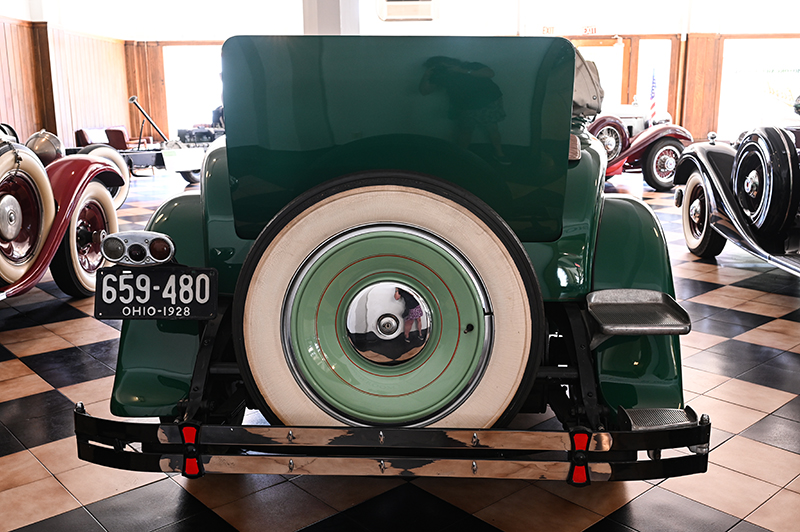 In the rear of the Packard dealership is the original service garage. More Pre-War cars are on exhibit here from the early 1900’s up to mid-40’s. 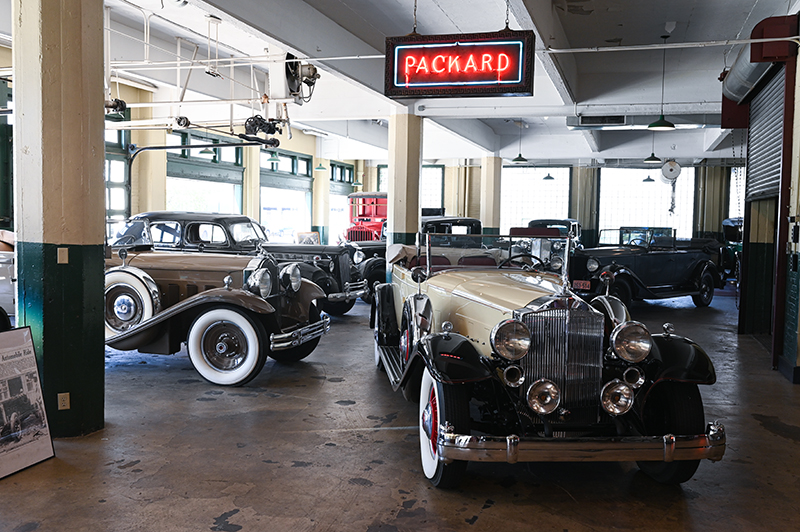 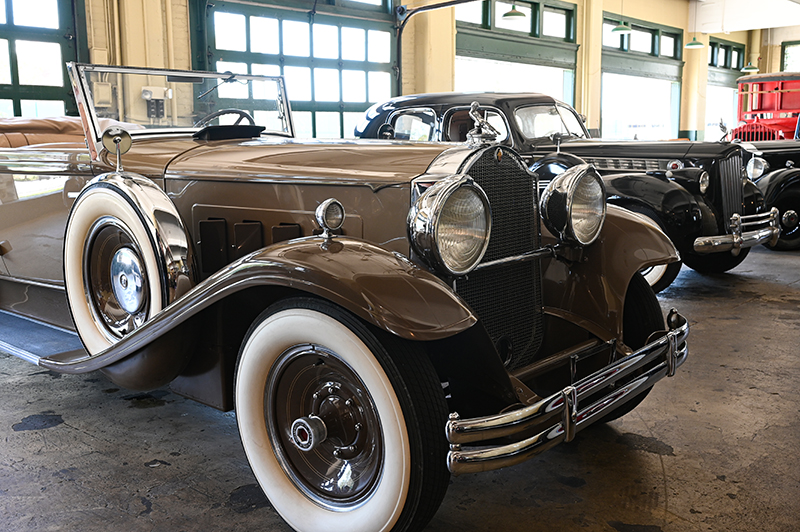 Charles Lindbergh drove this 1928 twelve-cylinder Speedster 128 mph on a Detroit test track. He said it was the fastest he’d ever gone – on the ground! 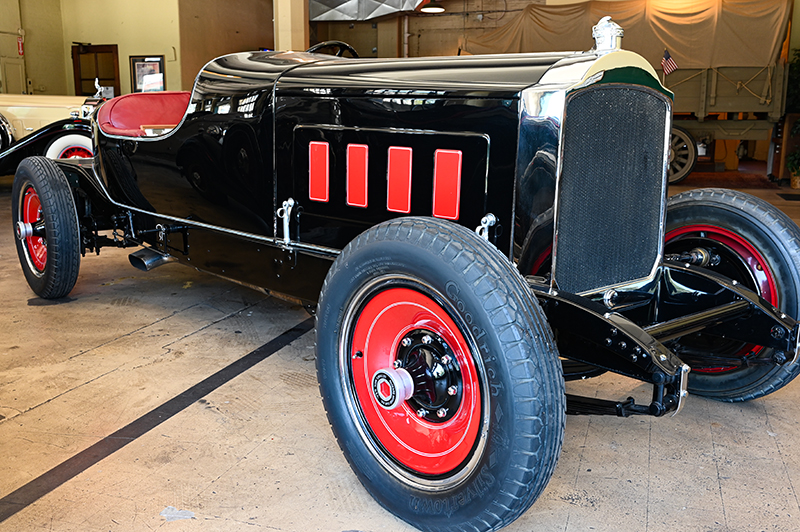 The Shop Manager’s office is still intact, along with display cases of service manuals, spare parts and luxury Packard accessories. 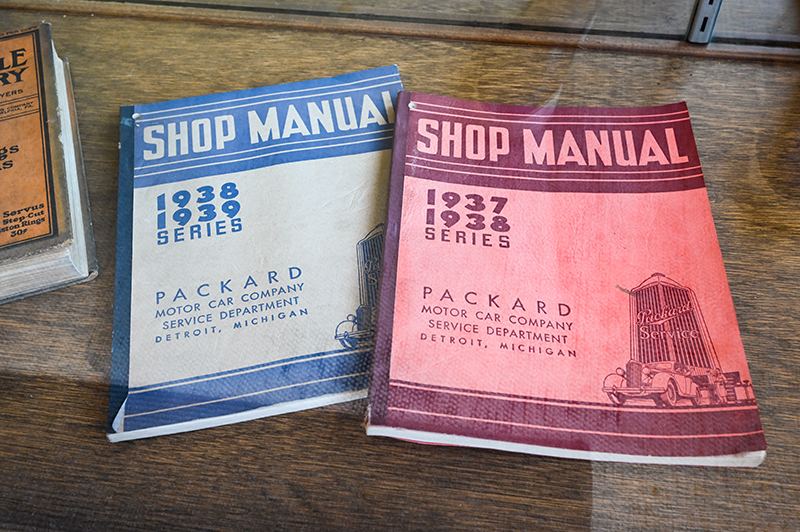 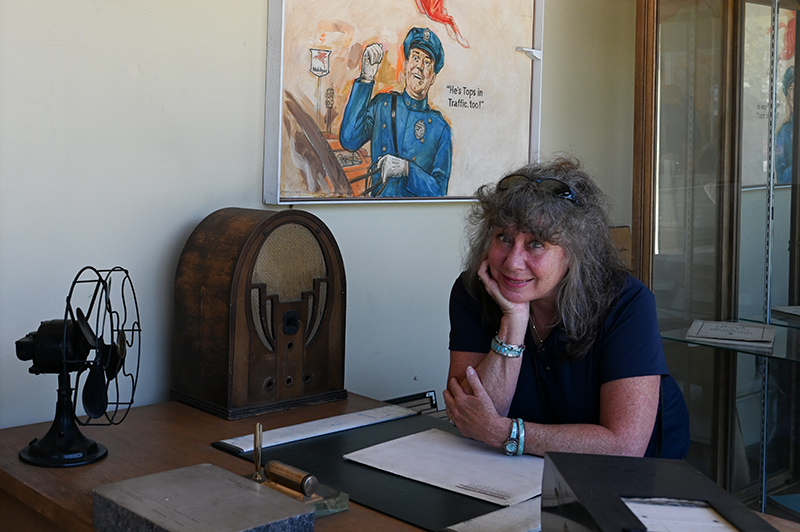 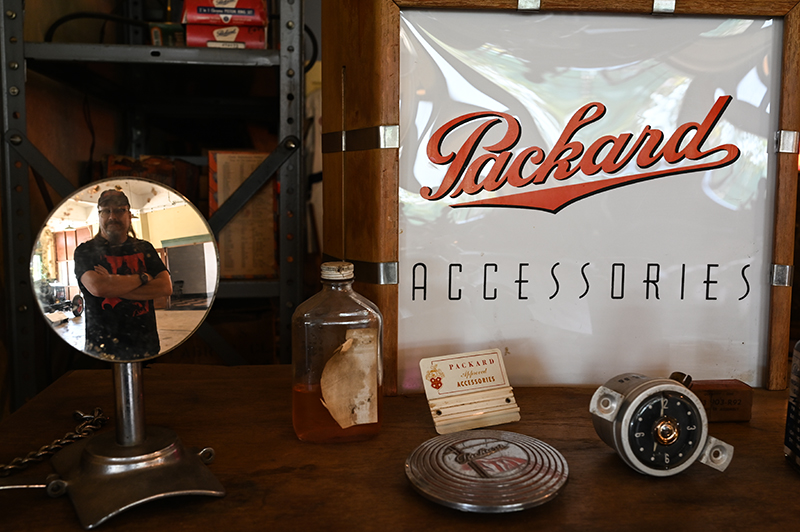 Don’t you just think Gangster when you see some of these early cars? And, yes, Al Capone had a Packard. 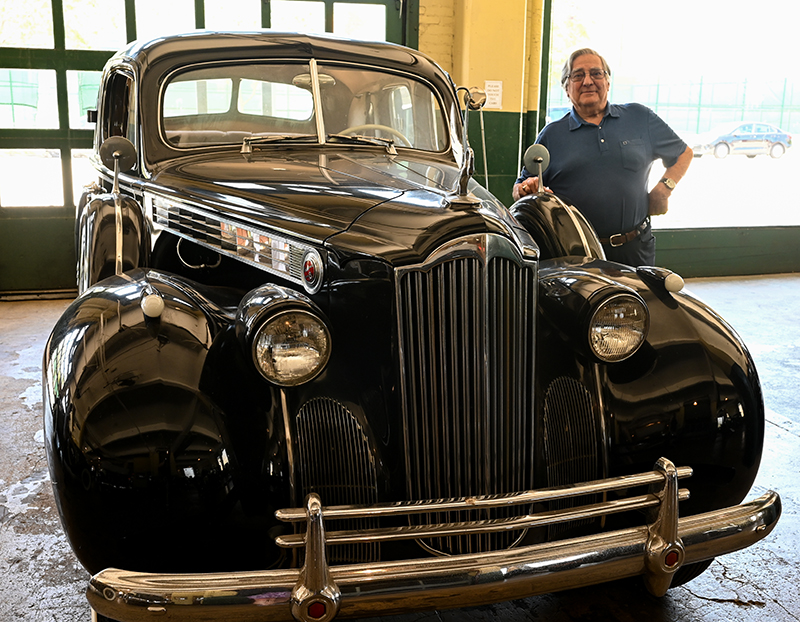 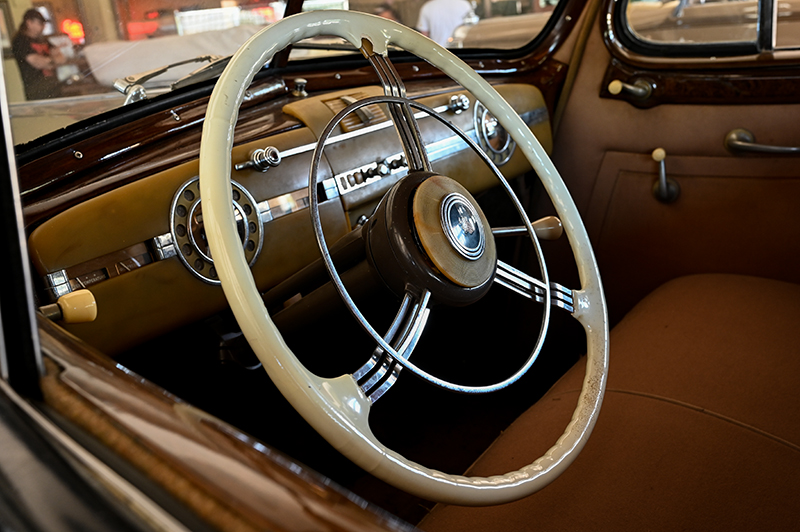 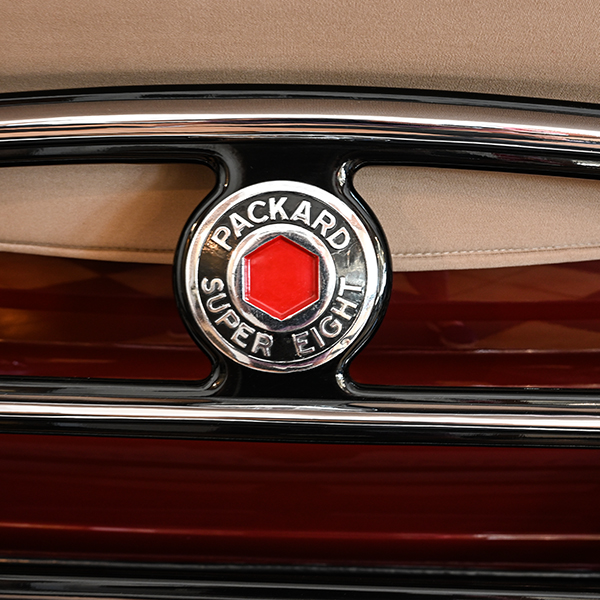 Even if you’re not a Car Guy these machines can be appreciated for their gorgeous design and styling. 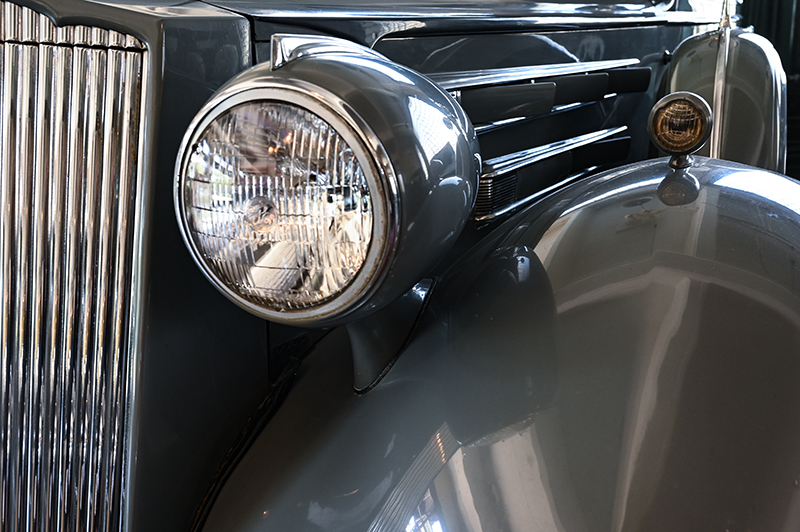 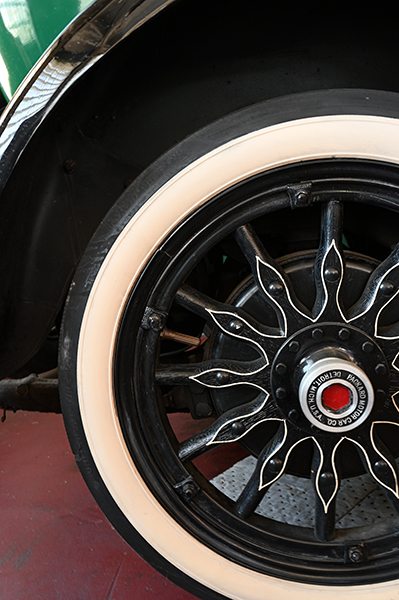 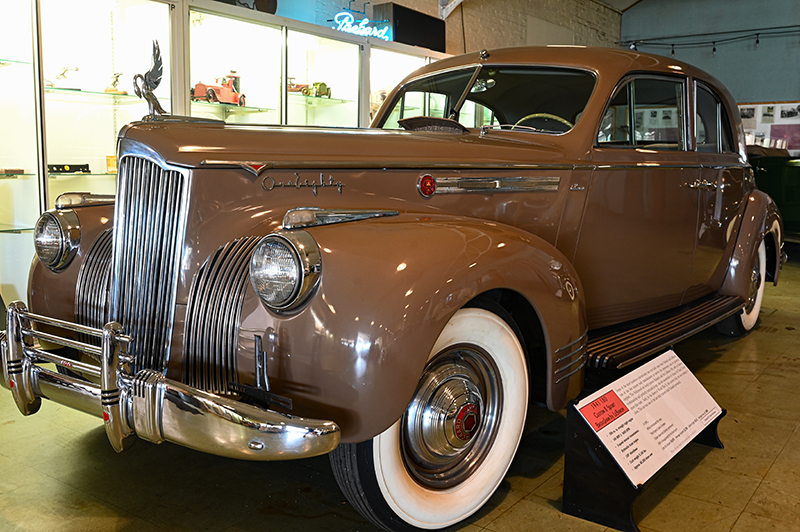 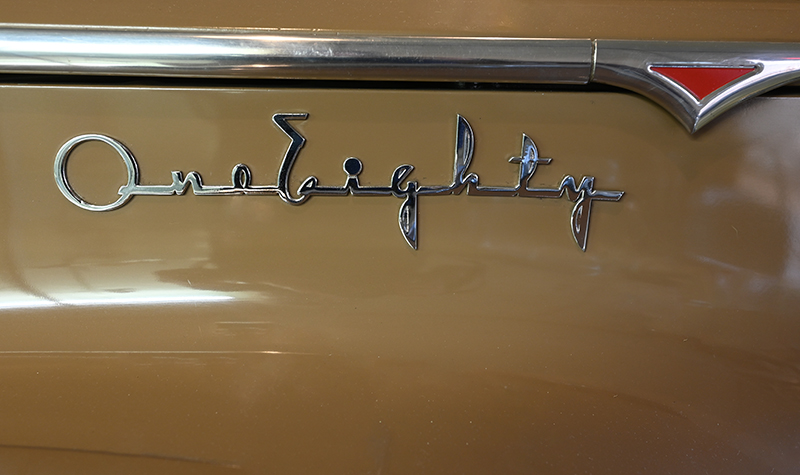 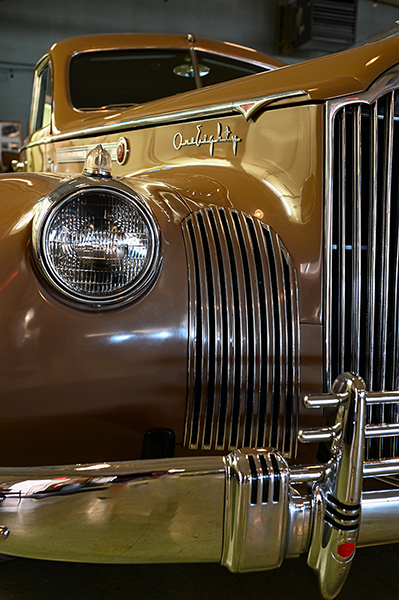 Housed in an adjacent building are Packard’s post-war cars. These models have modern styling that seems more familiar. 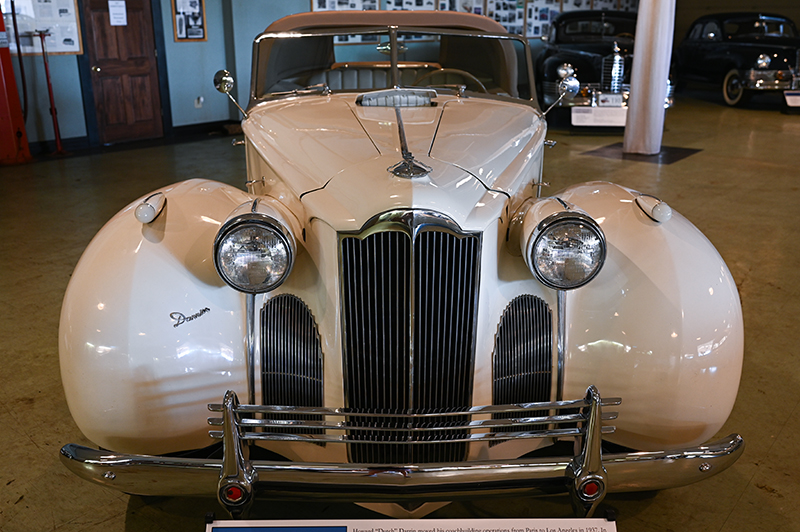 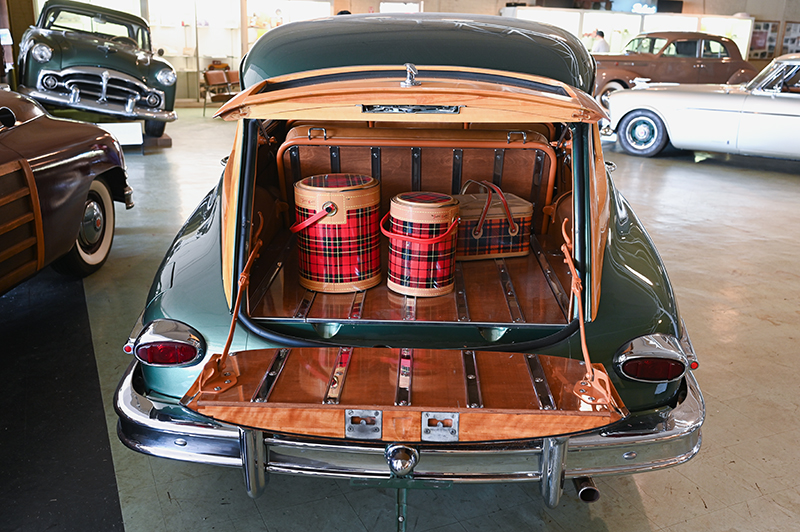 Packard’s last production cars were the 1953-57 Caribbean Convertibles. A 352 cu. in. V8 powered these fierce beauties. 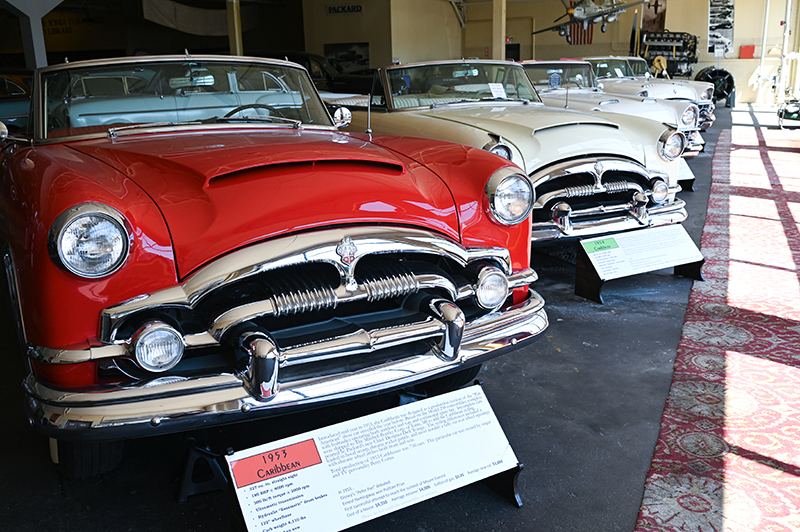 If you have any questions about Packard cars just “Ask The Man Who Owns One.” 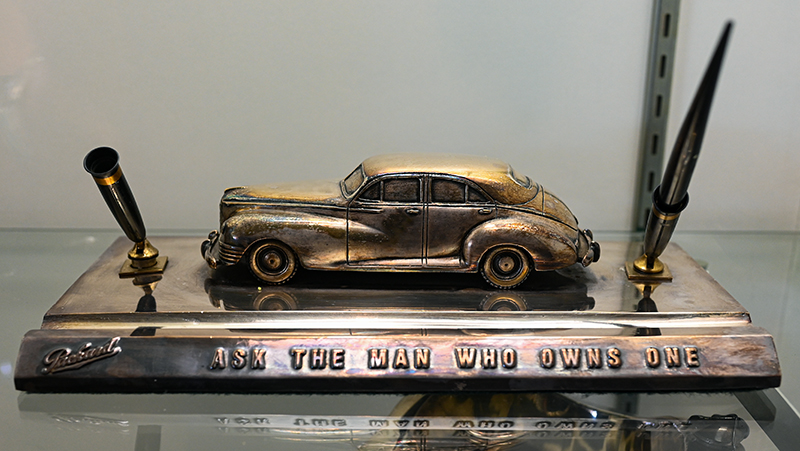 Or stop by The Packard Museum yourself – www.americaspackardmuseum.com.

You’d think someone who was a native of Dayton, Ohio would have been to this museum. Nope. It’s like my uncle who grew up in Yonkers, NY had never been to the Empire State building or the Statue of Liberty until he was in his late 30s and had his Ohio in-laws come to visit.

But, in regards to Packards, here’s where Connor in WHEN CURTSEY KNIFED SAMMY is thinking back to what he did in the late 1920s:

“Last time I went shopping with any female was 1928. She claimed she needed new flapper rags to go with the diamonds my employer, her sugar daddy, had given her the night before. I swear, she tried on every dress in the shop. A very exclusive one that put up with jazz babies who arrived with armed bodyguards. Five hours later, we finally got back in the Packard Single Eight. Best thing about that job was driving that honey.”

“The jazz baby or the car?” I asked. He’d sounded all dreamy in reminiscing about a time I thought of as Gatsby territory.

Connor’s mug wore a frown of annoyance when he glanced over at me “The Packard, of course.”

Looking at those amazing old cars did make me want to have some flapper duds in my closet, though.

So debated putting Pearl Ann in one. Finally decided to go with a red Packard.

Swanky for a lead character, for sure!

The car with the picnic baskets is my favorite.

We’ve been there! beautiful photos…

Great place! Would love to do a model shoot there ?