Kaintucks on the Natchez Trace Parkway 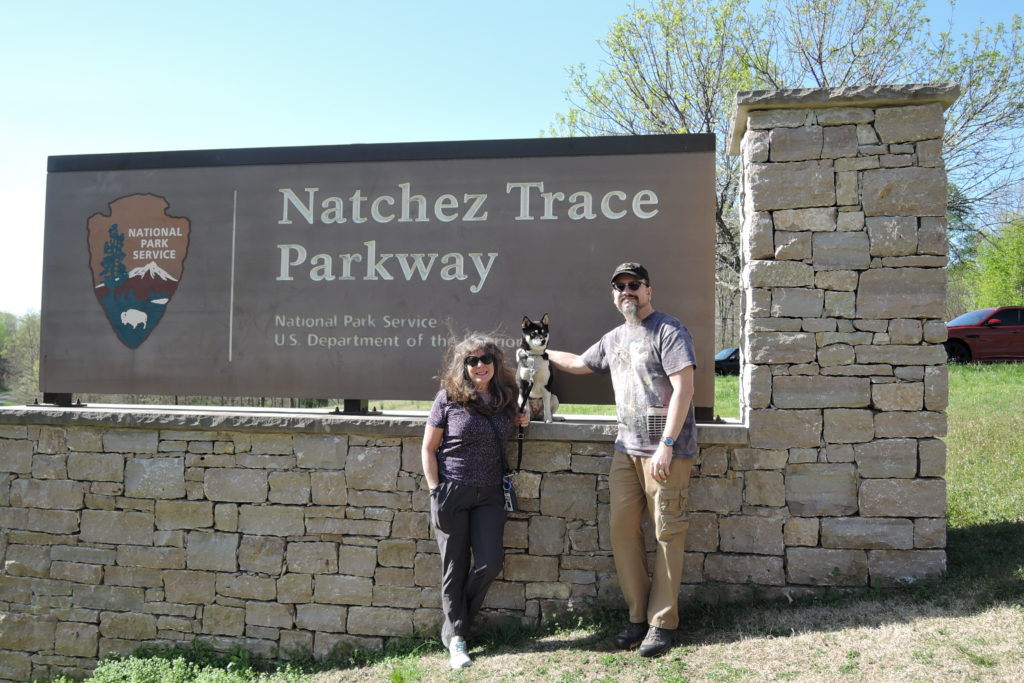 Back when Kentucky was the western frontier (circa 1800) and before the steamboat was invented, adventurous men would deliver trade goods down the Mississippi River on rafts to sell their wares in New Orleans. These wild frontiersmen, called Kain-Tucks, would then walk all the way home, some 500 miles. They traveled along Choctaw and Chickasaw Indian trails, wore the ground smooth, and reached Nashville a month later. 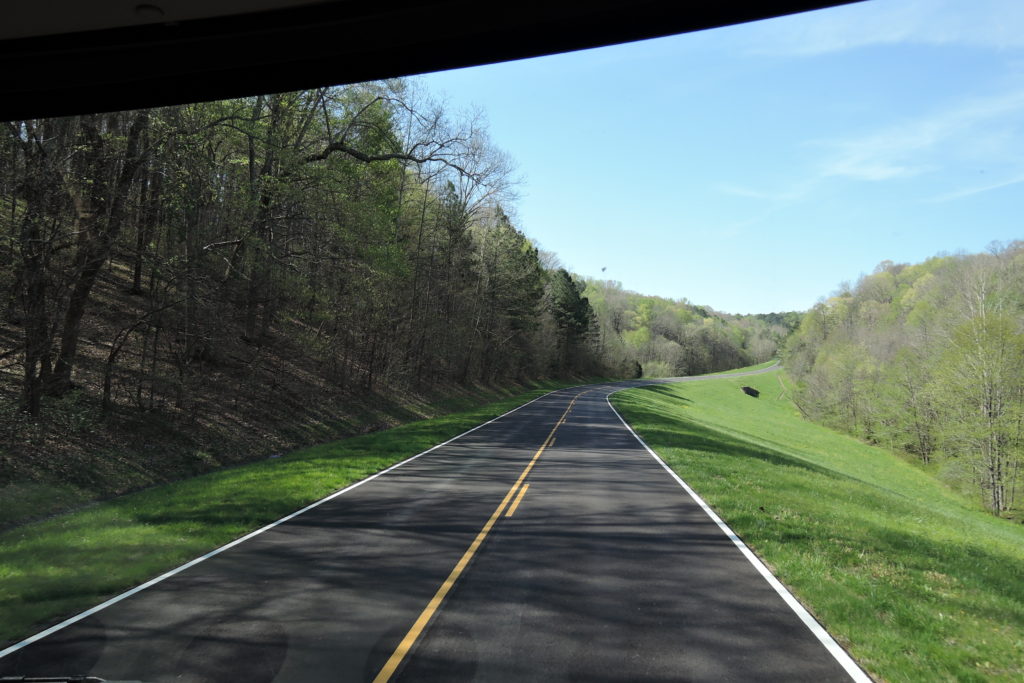 Today that long trail is the Natchez Trace Parkway, a 444 mile National Park corridor that follows the old Indian trace from Natchez, Mississippi to Nashville, Tennessee. It’s a restricted road – no trucks allowed, no commerce or stop lights along the way. Just a serene parkway winding through rolling hill land, undeveloped and nearly wild. In other words, perfect. 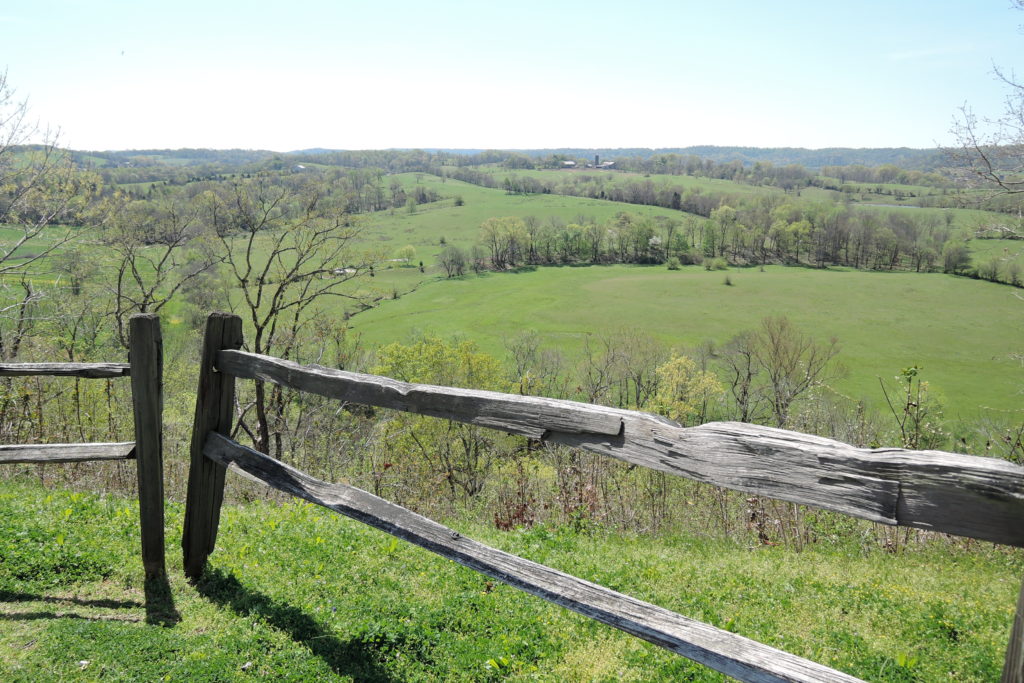 The speed limit on the Natchez Trace varies from 40 to 50 mph. Just the right pace for us slow pokes in our RV. And every few miles you can stop at a historic site, splendid overlook, or nature trailhead. And we stopped at all of them. 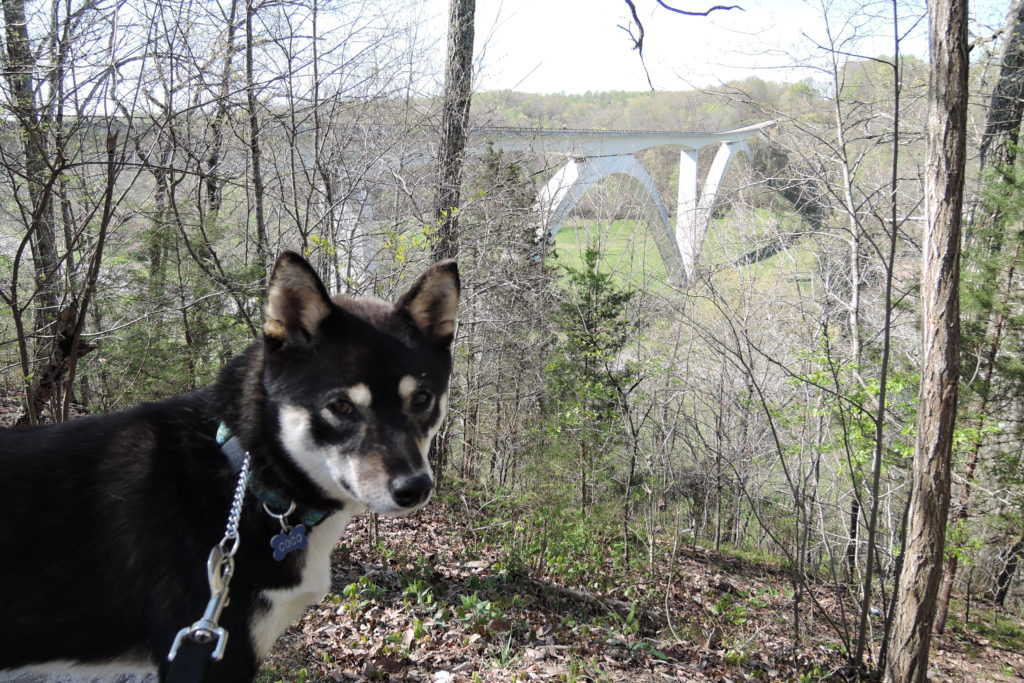 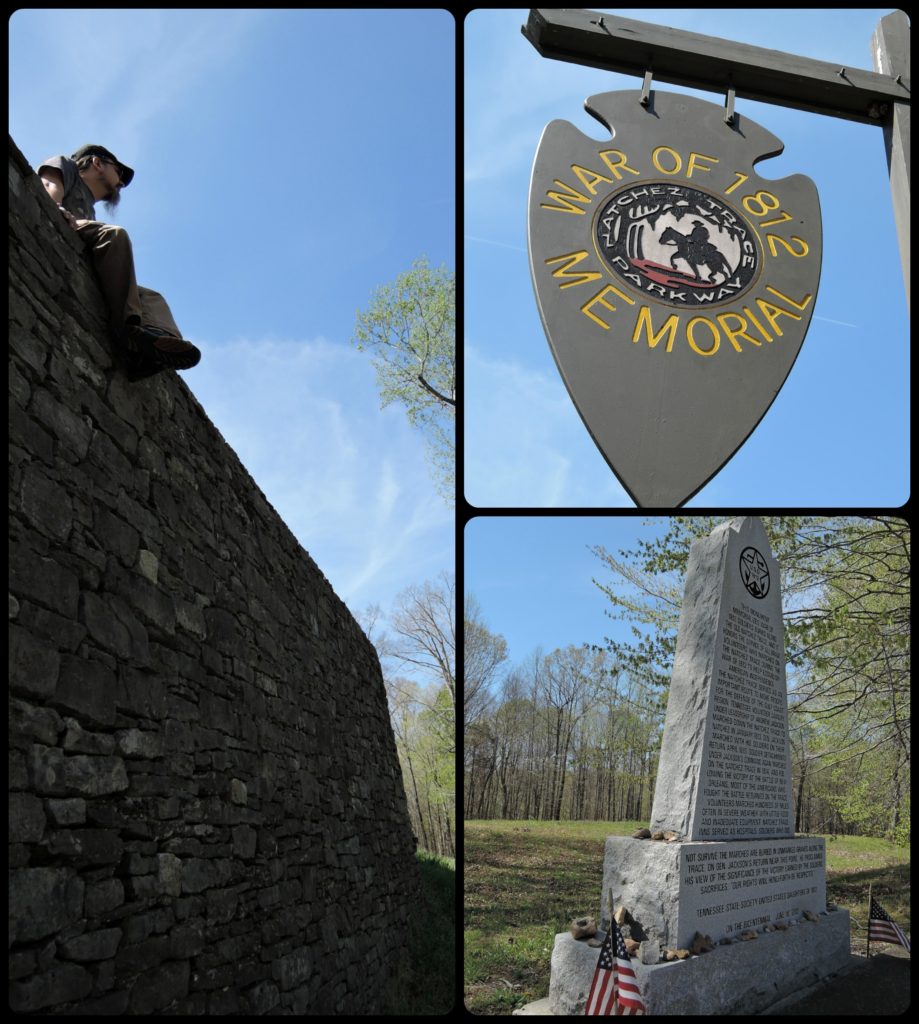 In many spots you can still hike sections of the original Trace trail. I can’t imagine trudging up and down these hills for 30 days – I was tired inside of 30 minutes! Walking the old trail made me immeasurably grateful for the internal combustion engine. 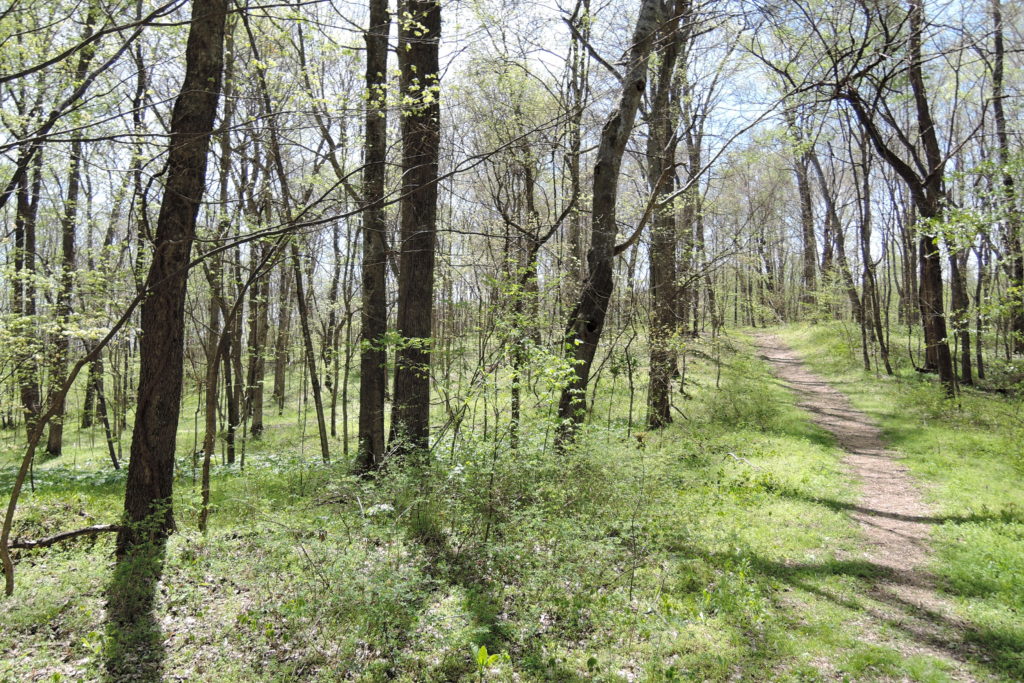 We took the whole slow-pokey day to travel from the parkway’s northern terminus in Nashville to Merriweather campground, some 50 miles away. There was hardly any traffic on a splendid blue-sky Sunday, although we did pass a few motorcyclists and bicyclists. Or rather, they passed us. 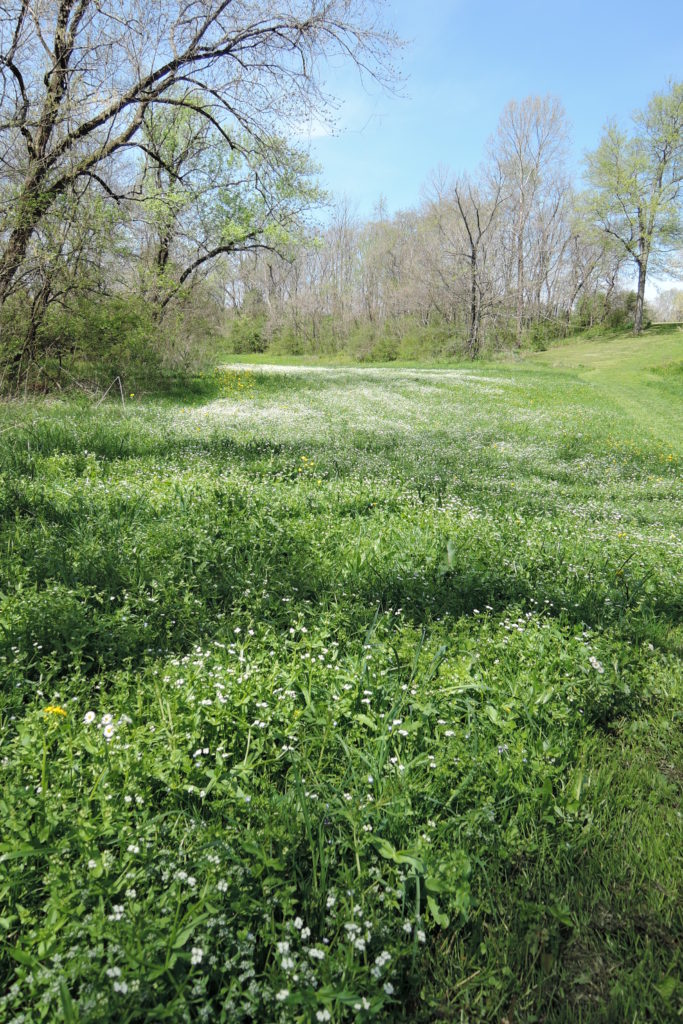 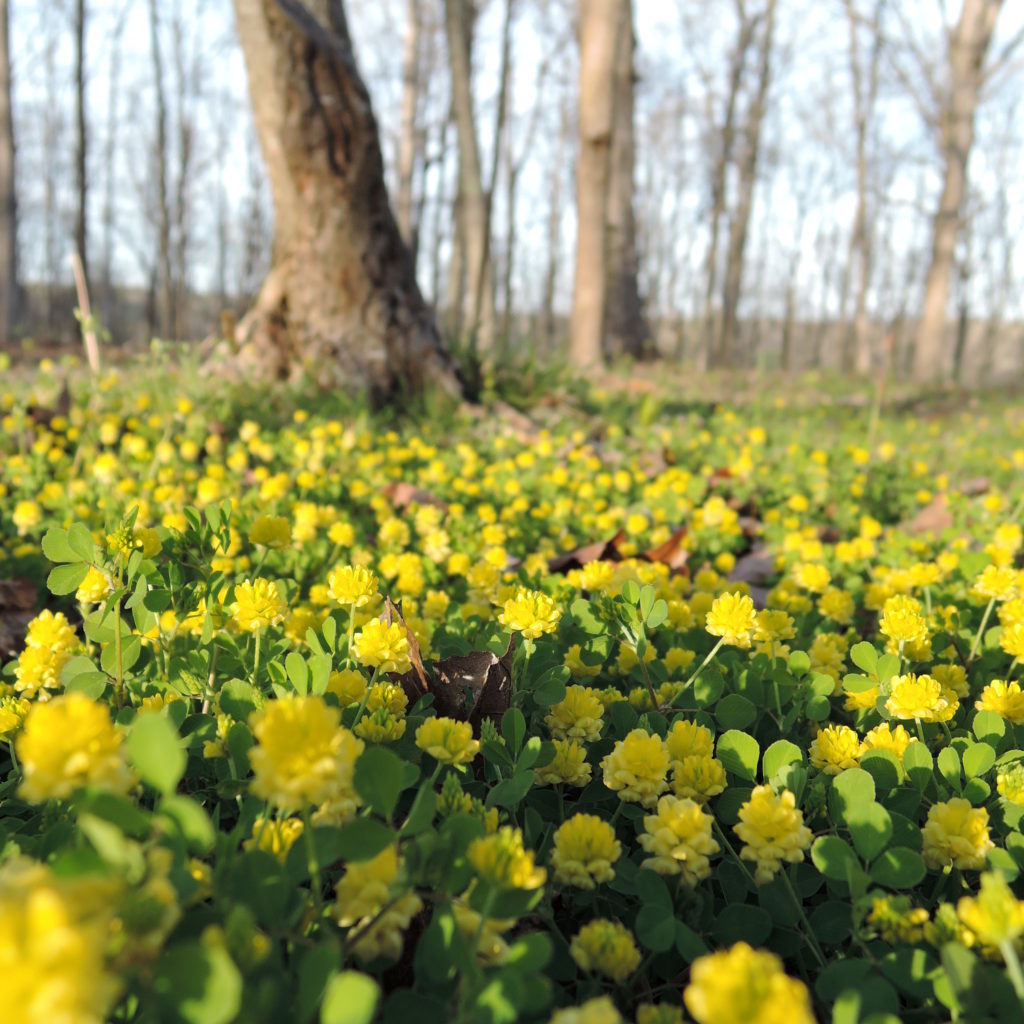 Merriweather campground has free camping, courtesy of the National Park Service. It’s named for Merriweather Lewis, of Lewis & Clark fame. At age 36, he took his own life here on the Natchez Trace, despondent over debts from his great Pacific expedition. He was traveling to Washington to beg congress once again to pay him the money President Jefferson had promised. A broken column monument marks his burial site, testament to his foreshortened life. 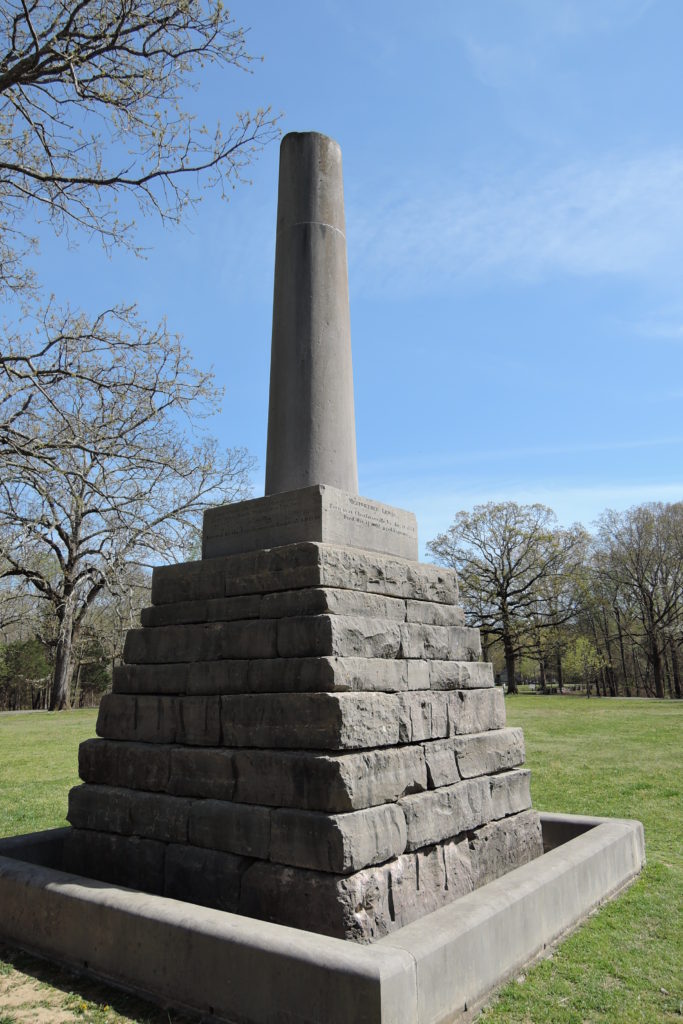 The campground is dark and quiet tonight, no electricity here, and a full April moon is rising over the silvery mountains. These two Kaintucks are happy to be tucked in a cozy camper for a night on the trail. 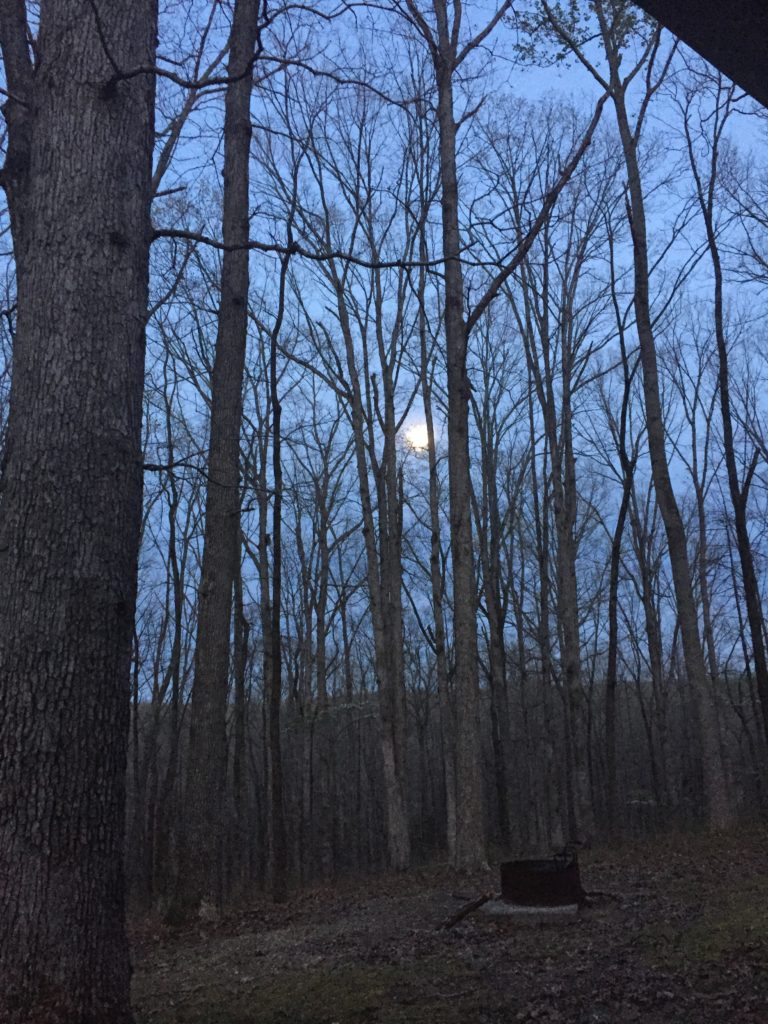 The Shoals of Alabama