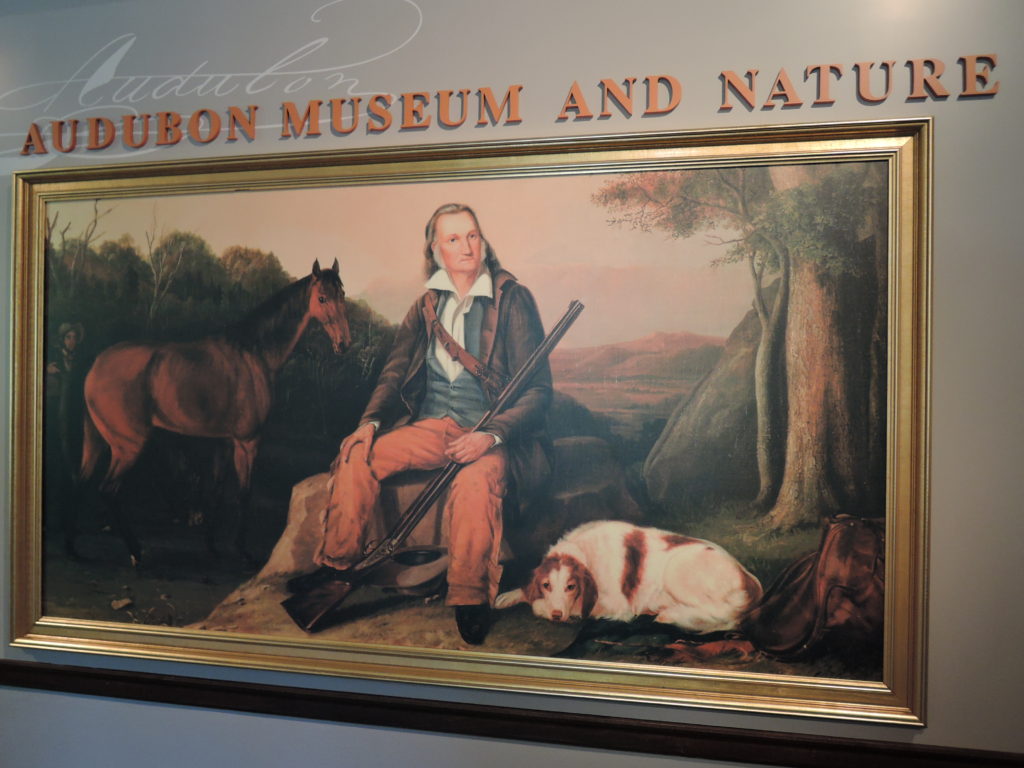 John J. Audubon (1785-1851) was a failure. He spent most of his life trying his hand at different businesses and failing miserably. He fled France using a false passport to avoid being conscripted into Napoleon’s army and landed in The New World with yellow fever. Quarantined with Quakers in New York, he learned to speak English and then proceeded to bankrupt every venture he tried. Audubon wandered from Philadelphia to Boston, Cincinnati to Louisville, and down to New Orleans without finding success. He was barely able to feed his family and often his wife provided support by teaching. All the while Audubon was sketching and drawing. He loved to paint wildlife and often joined hunting parties of both Indians and Frontiersmen, keen to document new American species. 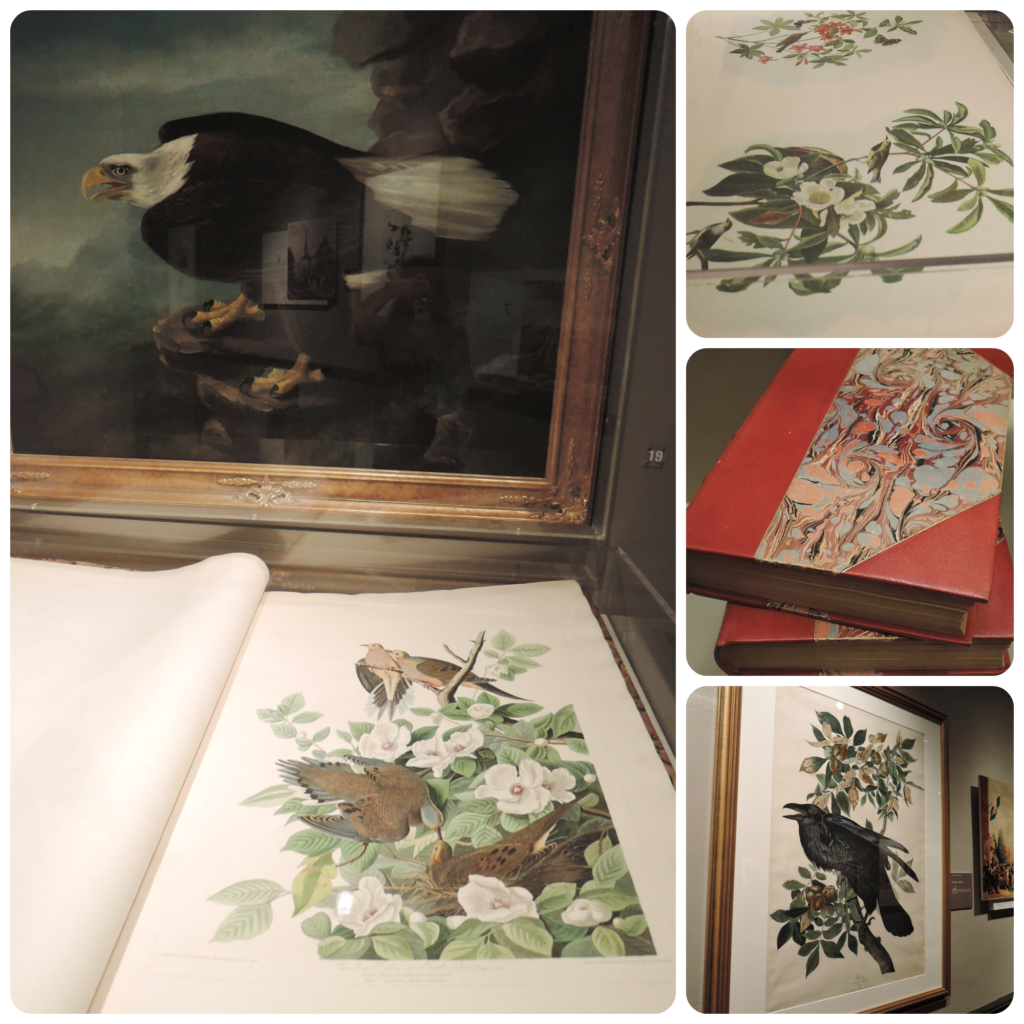 In 1826, at the age of 41, Audubon finally hit success in London with his series of woodland paintings. The exotic wilds of America were fascinating to Europeans, and Audubon sold expensive subscriptions to his monumental work, Birds of America. 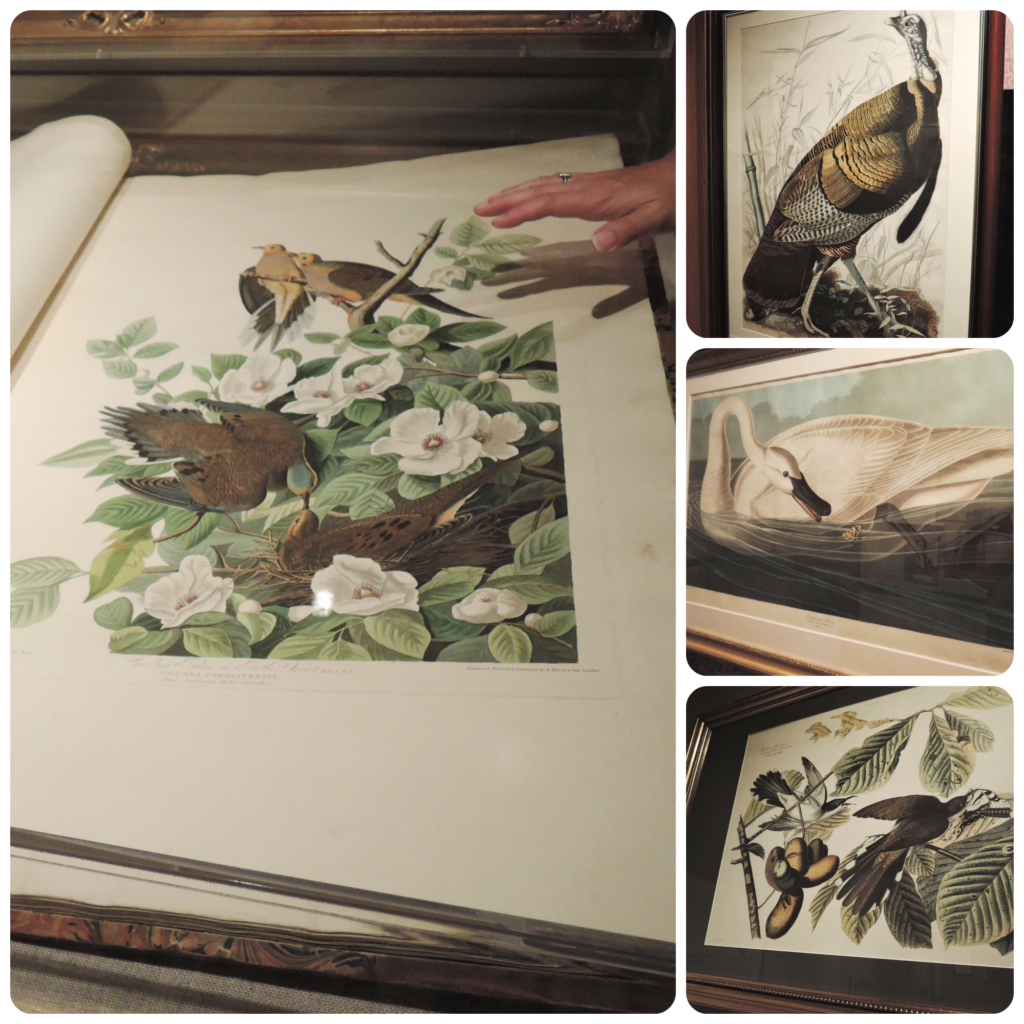 Printed as “double-elephant folios” (meaning extra large), Audubon’s birds were presented life size on hand-colored lithographs. The series made him a rich man, and today an original Audubon lithograph is worth a fortune. 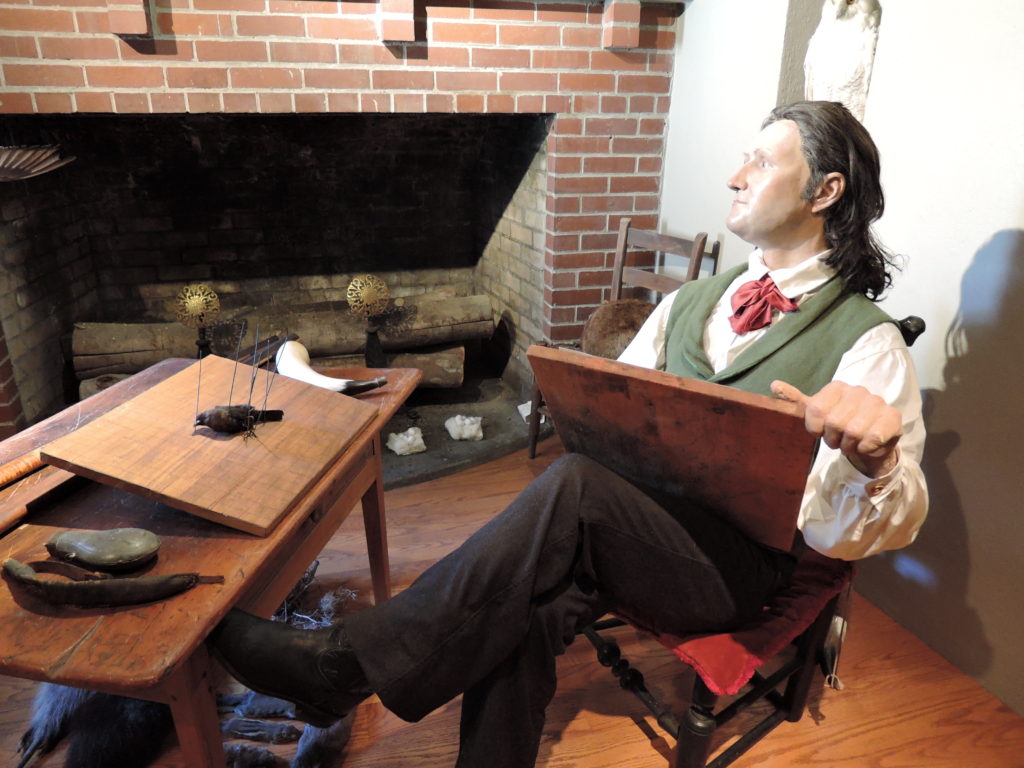 Audubon did not paint his birds from life – he painted them from death. He hunted and killed each of his subjects in order to study them closely. Which is why nearly every bird in an Audubon painting has a wobbly neck. It was deceased. 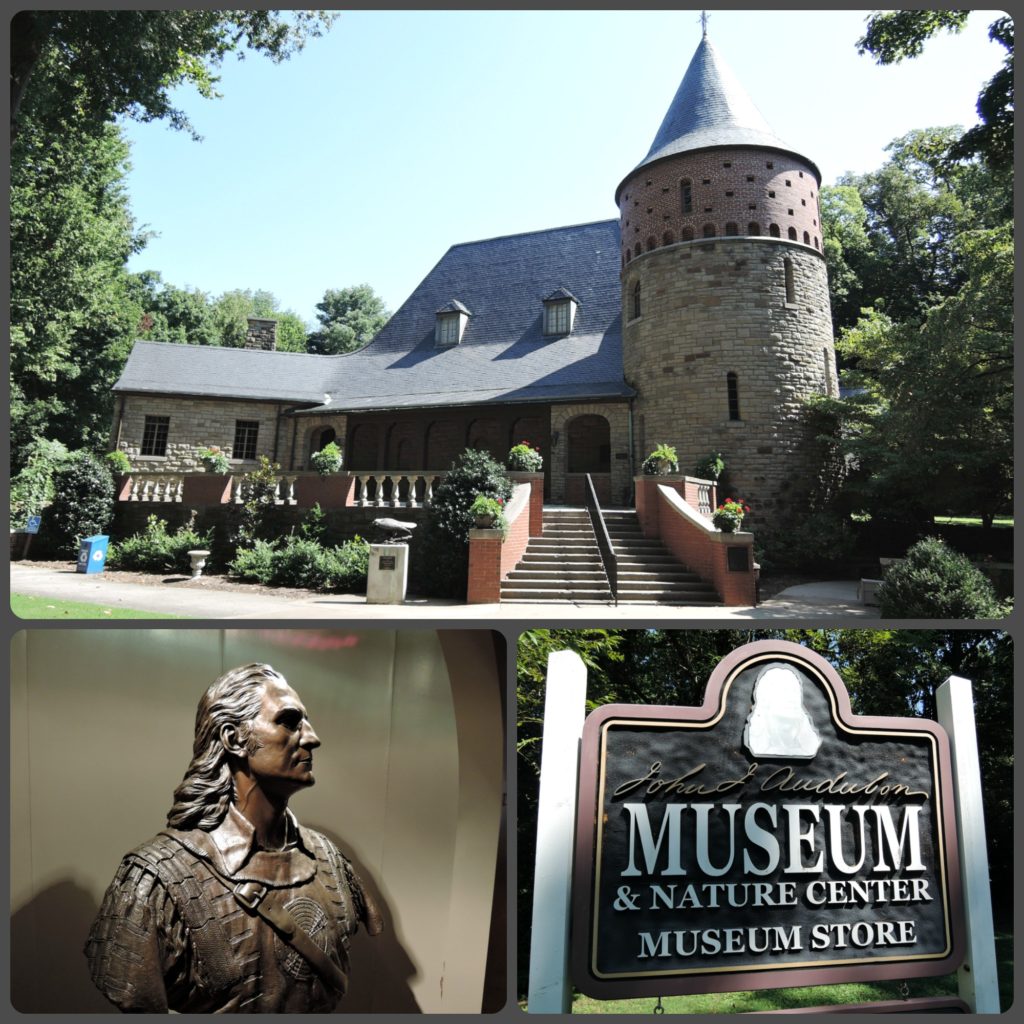 A hundred years later, his museum was built in Henderson, Kentucky by the CCC as part of Roosevelt’s jobs program. Audubon had lived for some time in Henderson, and so the town claimed him as a native son.

Visiting here was a fine end to our Summer History Lesson Tour, and we hope you’ve enjoyed following the trip, too!

It has been fun! Thank you