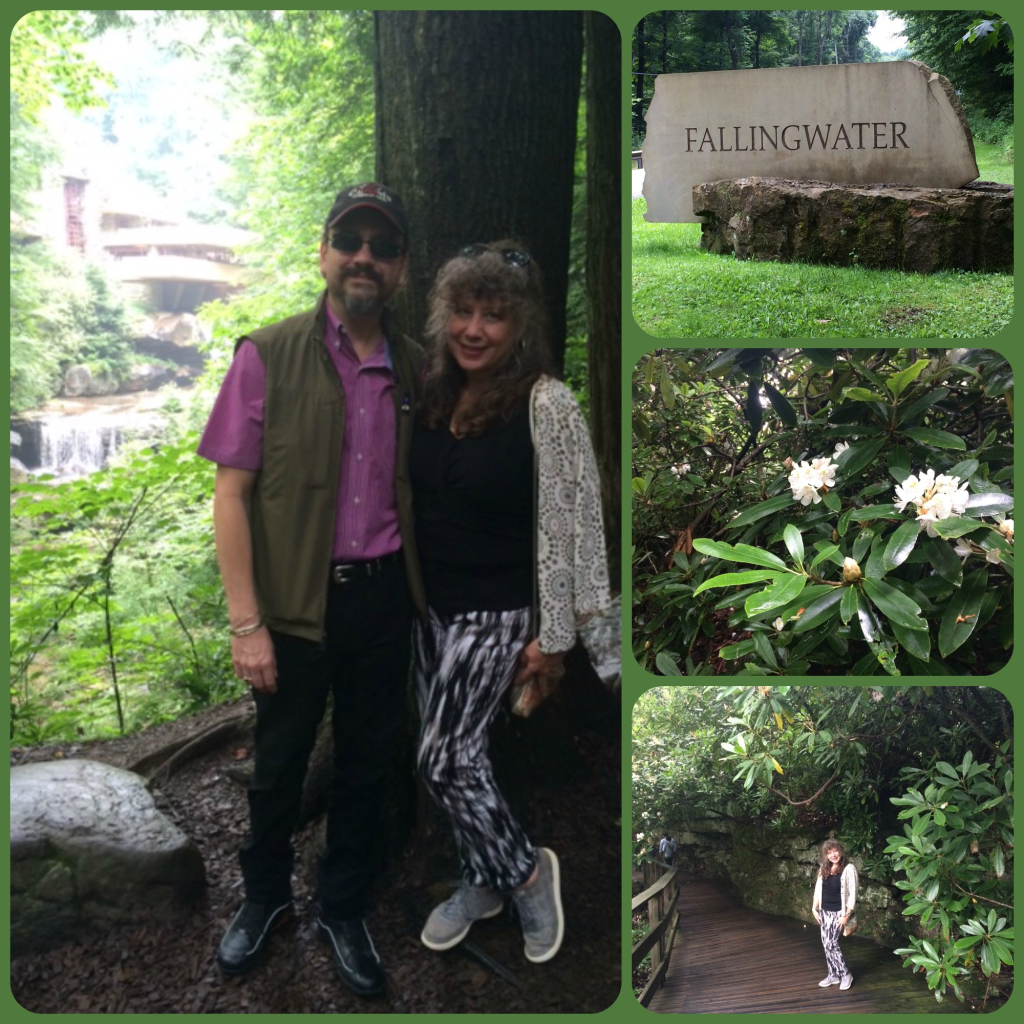 We have come to Mill Run to see the famous Frank Lloyd Wright home, Fallingwater, and today’s tour did not disappoint! We left camp early in the morning to catch a 9:00 tour. The rain held off and it was a splendid motorcycle ride through bucolic countryside to the Fallingwater property. Our tour lasted two hours, and then we were feted with a swell lunch on a terrace overlooking the stream. 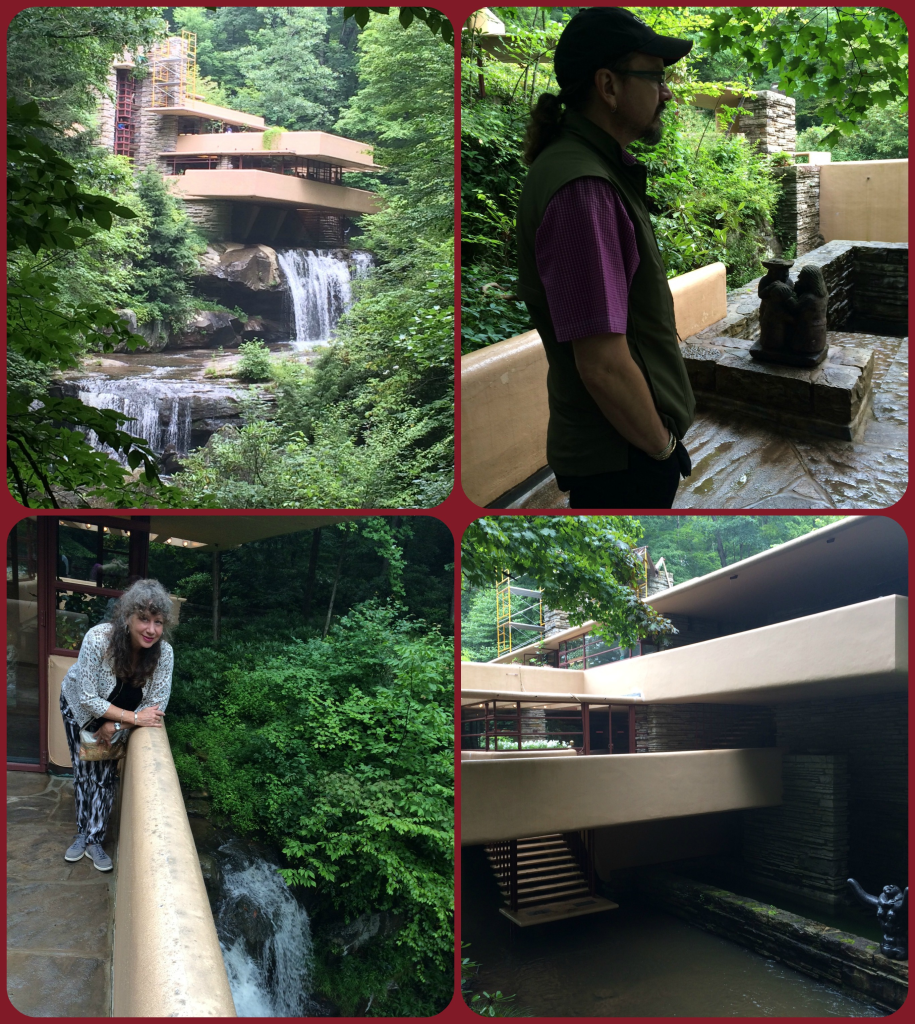 Frank Lloyd Wright was commissioned as architect for this home in 1935, near the end of his long career, by the Kaufman family. The Kaufman’s were heirs to a department store empire that eventually became the Macy’s chain. They already owned the property, and regularly escaped Pittsburgh’s notorious industrial pollution to vacation in the country.

Wright’s famed theory of architecture was to build “organically” meaning that the structures were to fit seamlessly into their environment, as if they were a part of nature. Here at Fallingwater, Wright also experimented exuberantly with cantilevers. They are everywhere, leaping over the stream, ledges in all the built-in furniture, even the rock walls have miniature cantilevers. Like many other Wright buildings, he also incorporated Compression and Release design – low ceilings and tight corridors giving way to rising lofts and open expanses. The effect is that you are surprised at every turn, each corner reveals another sublime view of the water falls and surrounding woodlands. 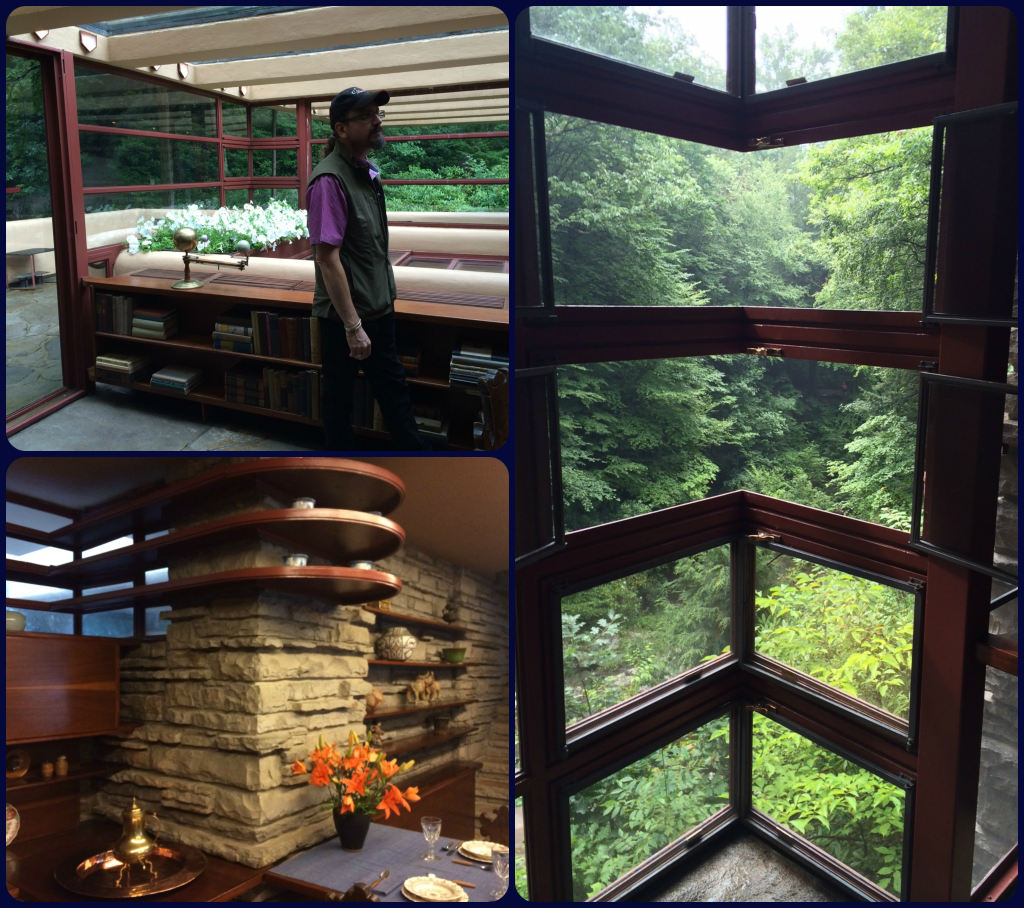 It was a wonderful day and tonight we are lounging campside, enjoying the kiddie stuff they’ve got set up, and resting for a big day of driving tomorrow. 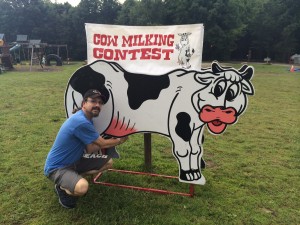