Home FARM Dishing It Out
FARM 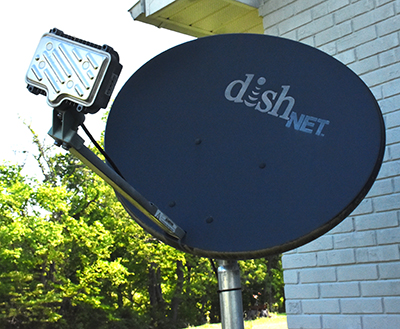 For years I begged the cable companies to string a high speed internet line to our house. They all refused. Too far from the road, they said. Too expensive to run a line. I kept calling anyway – every six months to all three cable providers.

Then I read about a merger between a couple of cable companies. Seizing the moment when their policies were in flux and their personnel were probably confused, I tracked down a Spectrum engineer and offered a blatant bribe that made him blush. He okayed the construction and I didn’t even have to take him to lunch. (Hey, what did you think I meant?) 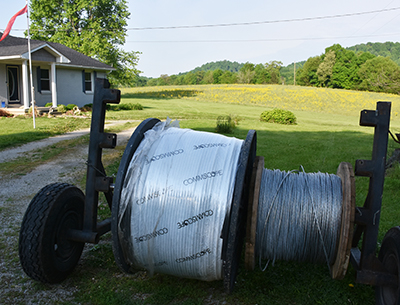 So it was a Big Day yesterday when the Spectrum linemen came out to run the (drumroll) High Speed Internet cable. They hooked one end of a giant spool of wire to their truck, headed across our field with the cable strung out behind and immediately got stuck in the mud. 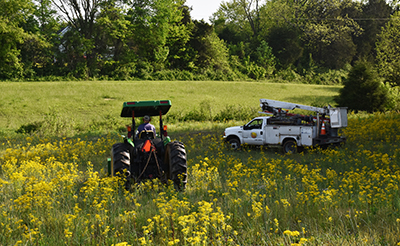 I had to call a neighbor for help. Mike came puttering over with his tractor to tow the truck out of the muck. “He drinks bourbon,” I said to the linemen. They gave me a funny look and scratched their heads so I made it more direct. “If you want to thank my neighbor for pulling your bacon out of the ditch, he drinks bourbon.” Oh! Got it! 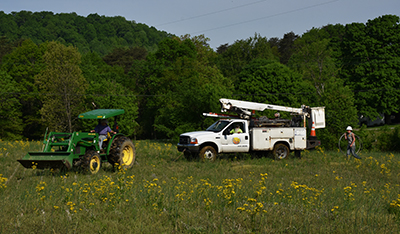 Then somehow I was enlisted to help finish the job. The linemen hooked the cable up to my four-wheeler and had me drag the wire across the last quarter-mile. Hey, anything to get this done! 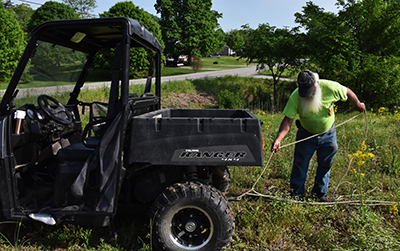 We only have one last step to bring high speed internet into the house and then we’ll be entering the 21st Century like the rest of the civilized world. Netflix here we come! 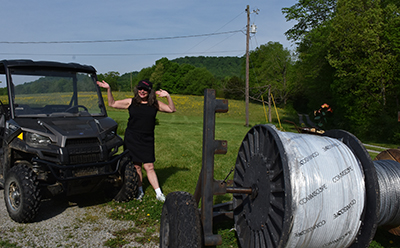 So fare-thee-well crummy satellite (Dish) – we won’t miss you a bit.