We’re traveling east across South Dakota today.
Just outside Badlands National Park, we stopped at Prairie Homestead which is an actual Sodbuster house and farm from the turn of the century. The government handed out land parcels for a small fee to encourage western migration into what was once Sioux Indian Territory. You needed to live on the land a few years in order to “prove it” – meaning own it permanently.
The homesteaders had a saying: “The government bet you 160 acres of land against $18 that you will starve to death before you live on the land 5 years.”
Most homestead claims were abandoned within a year. Limited water and poor grazing were the main causes, not to mention the brutal climate out here. It’s called Bad Lands for a reason. 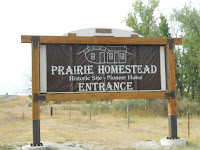 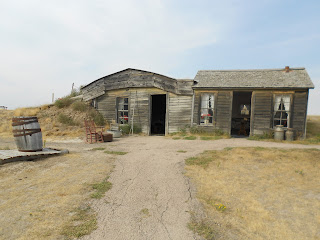 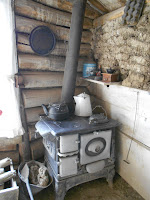 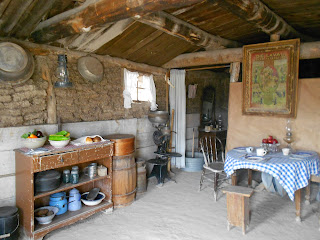 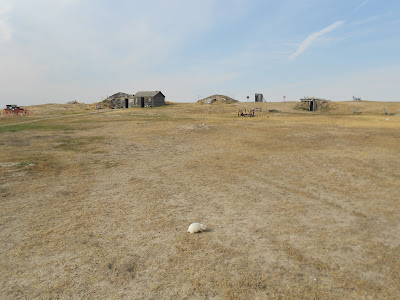 Prairie Homestead also hosts a village of rare white prairie dogs. Recalling the sign we saw yesterday, we avoided them like the plague! 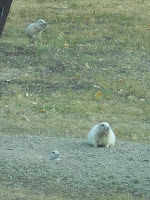 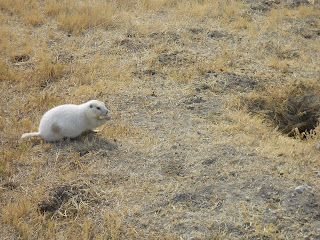 As we headed east, the landscape changed again from arid desert to high grassy plains. Somewhere around Mitchell the topsoil improves and we started seeing cornfields again. Just to make it official, we visited Corn Palace.
Corn Palace is an entertainment venue “Since 1892” and likes to bill itself as the largest display of folk art in the Plains. The façade is decorated with 275,000 corn cobs, cut in half, and nailed to the building. They tear it all off and make a new design every summer. 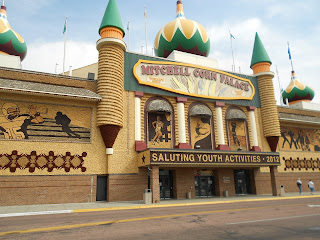 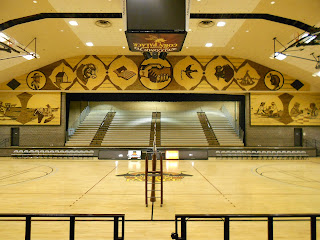 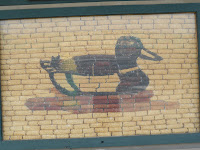 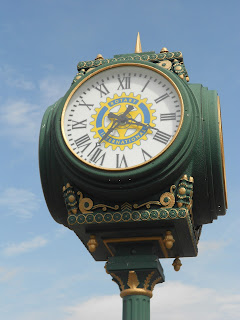 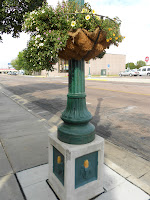 Well my goodness where to start! Desolate homesteaders site, kinda cute and creepy little white things, and REALLY every summer!! WOW! I am enjoying your trip!