Our dog, Shadow, attracts a lot of attention. Wherever we go, people want to touch him, take his picture, or ask questions about him. We call this ELS – Everybody Loves Shadow. This trip we’ve added a new phenomenon: ELC – Everybody Loves our Coach. At least once a day we’ll encounter a gent walking slow circles around our motorhome, whether it’s parked in a campground or sitting in a lot by some attraction. They eye it up and down, and typically start the conversation by asking if it’s gas or diesel. I usually let Tim handle the questions. But this morning a guy startled me as I was having coffee at our picnic table. His question was, “Where do you buy one of these?” Not being properly caffeinated yet, I mumbled something about the factory in Florida, and beat a hasty retreat inside.

Today we did the obligatory stop at Wall Drug, in Wall, SD. This self-famous attraction started out as a simple pharmacy in 1931 and quickly learned the value of billboard promotion, not unlike See Rock City. We’ve been seeing their signs since Yellowstone, so of course we had to look around. 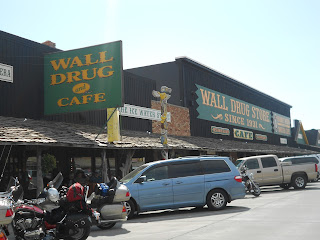 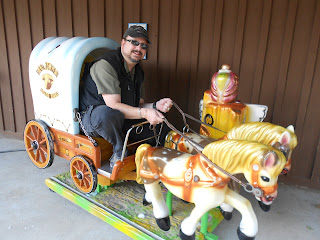 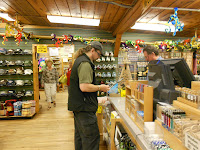 We proceeded on through Badlands National Park, where we are camped for the evening. The Badlands is leftover volcanic terrain, strange and beautiful, but most inhospitable. There’s hardly a living thing out here except rattlesnakes and prairie dogs. Upon entering the park, a large sign warns “Prairie Dogs Have Plague” !!
In 1907 railroad tracks were built through this valley and homesteaders flocked to the Badlands for what ended up being called Starvation Claims. They dotted the prairie with sod and tarpaper shacks, couldn’t make a subsistence living in this arid wasteland, and abandoned the claims shortly thereafter. Nobody lives here now. 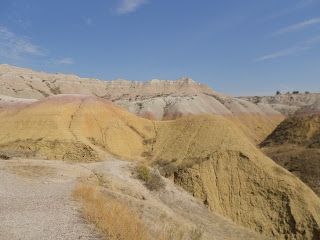 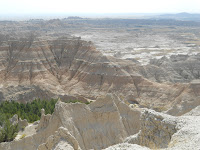 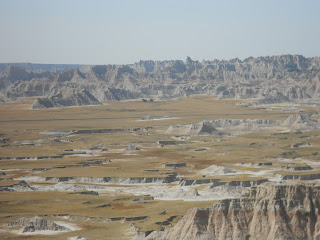 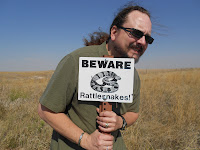