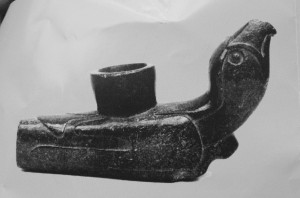 We are staying overnight in Manchester, Tennessee – a town of substantial enough size to warrant two interstate exits and have five bars of cell phone service, but zero television stations via antenna. So we’ll be watching a DVD of all 23 episodes of Champion The Wonder Horse – a TV series from 1955, long lost (and with good reason) and available at your local flea market for $1. And the first ten minutes of the show will confirm that you’ve paid too much.

We are camped at Old Stone Fort State Archeological Park. This park features a peninsula of about 50 acres located high on limestone cliffs and encircled by two rivers which form a natural moat. About 2000 years ago the Woodland Indians (so-called because their real name has been lost to the dust of history) built a stone wall fortification around the top of the peninsula. It’s a rare and unusual undertaking for people who had only clumsy stone axes to construct such a permanent and monumental structure. Eons later, after the Indians were long gone, white settlers saw the stone walls and assumed it was a fort – hence the name, Old Stone Fort. 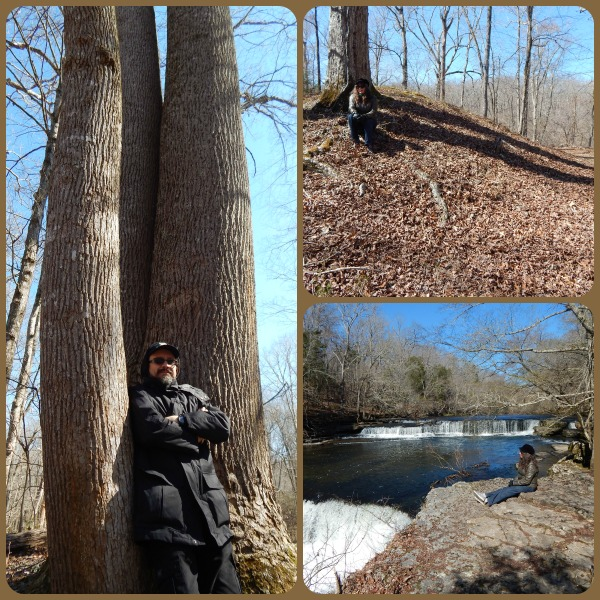 In fact archeologists haven’t a clue about the purpose of the wall, or why a primitive culture would expend such enormous effort to build it. There’s no evidence of a village here, no burial grounds or troves of artifacts have been unearthed, and of course no Indians left to explain the legend of the place. So, as often happens in the field of archeology, when the purpose of something is unclear they wring their hands and scratch their stubbly beards and label the thing a Ceremonial. And that is the explanation offered today at the park’s tiny museum – it was a ceremonial place.

What sort of ceremonies might have taken place here, or why they needed to be protected by such an ambitiously planned fortification is left to the visitor’s imagination. The only clue ever discovered was a found by a farmer in 1876, who decided to have a poke around the rubble of the old walls and somehow unearthed a finely carved stone pipe. The Raptor Pipe became the iconic symbol of the area, and then was promptly whisked away to the Smithsonian. So it’s not even on display here. 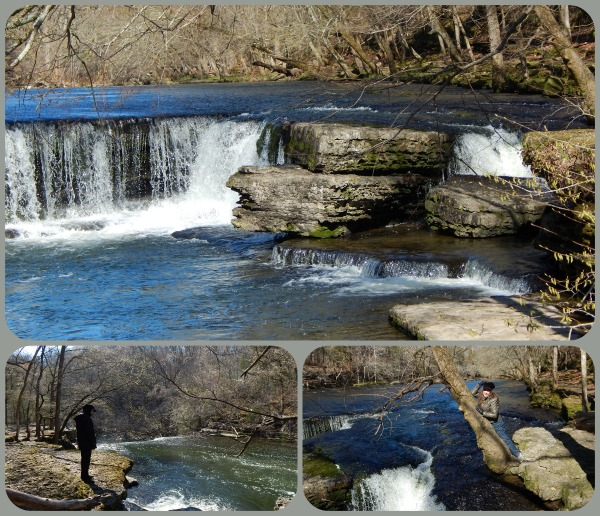 The ancient stone walls are also not visible, having been buried by the detritus of the surrounding woods for a couple of millennium. Instead all that can be seen are a line of vague mounds ringing the top of the cliffs. Disappointing, really, for a state archeological park. You’d think someone would have taken the time to excavate a few feet of the wall so you could at least see what all the fuss is about.

But the park does have a lovely loop trail, easily walkable and running right next to a series of fetching waterfalls. For that alone, the trip here is worth it. Even if your evening entertainment turns out to be Champion The Wonder Horse.

I like these old sites. I need to get a map of stuff like this and head out and see what I can on a weekend. We did KY Stonehenge on Saturday. Not an archeology site, but neat. we also stopped by Lincoln’s birthplace on Sunday as well. That was a nice stop.

Isn’t KY Stonehenge on private land? I’d like to see it too!

It is, you can ride up to it and look. We didnt actually walk up to it, but I dont think that would have been an issue.