A Day in Hodgenville Kentucky 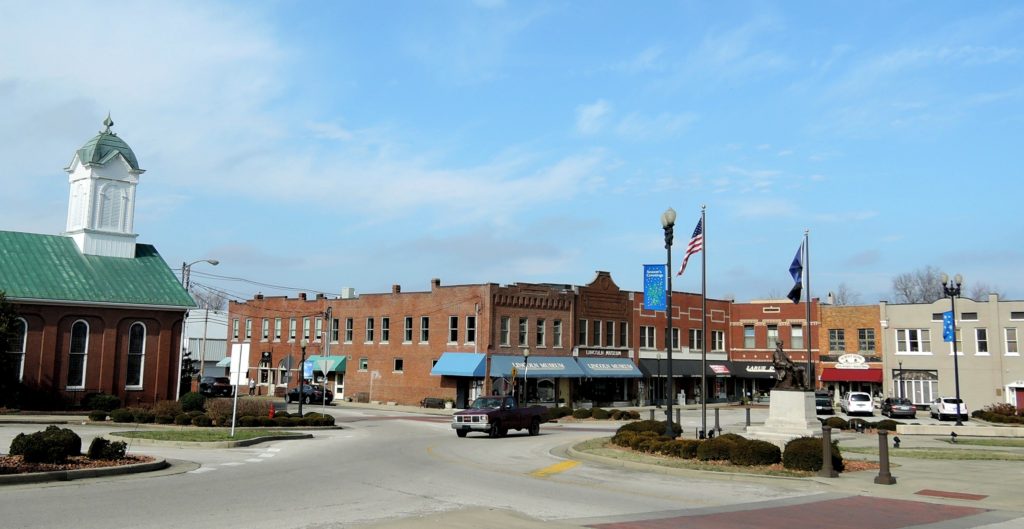 Originally the town was called Hodgen’s Mill, after an early settlement. Locals still add the S to the name, and for a hundred years so did the US post office. So you’ll often hear folks say Hodgensville, regardless of the official spelling.

How did little Hodgenville endure for so long while other rural towns have disappeared? Because Abraham Lincoln was born here in 1809. And so its place in history remains forever fixed and a steady stream of tourists keeps this charming town afloat. 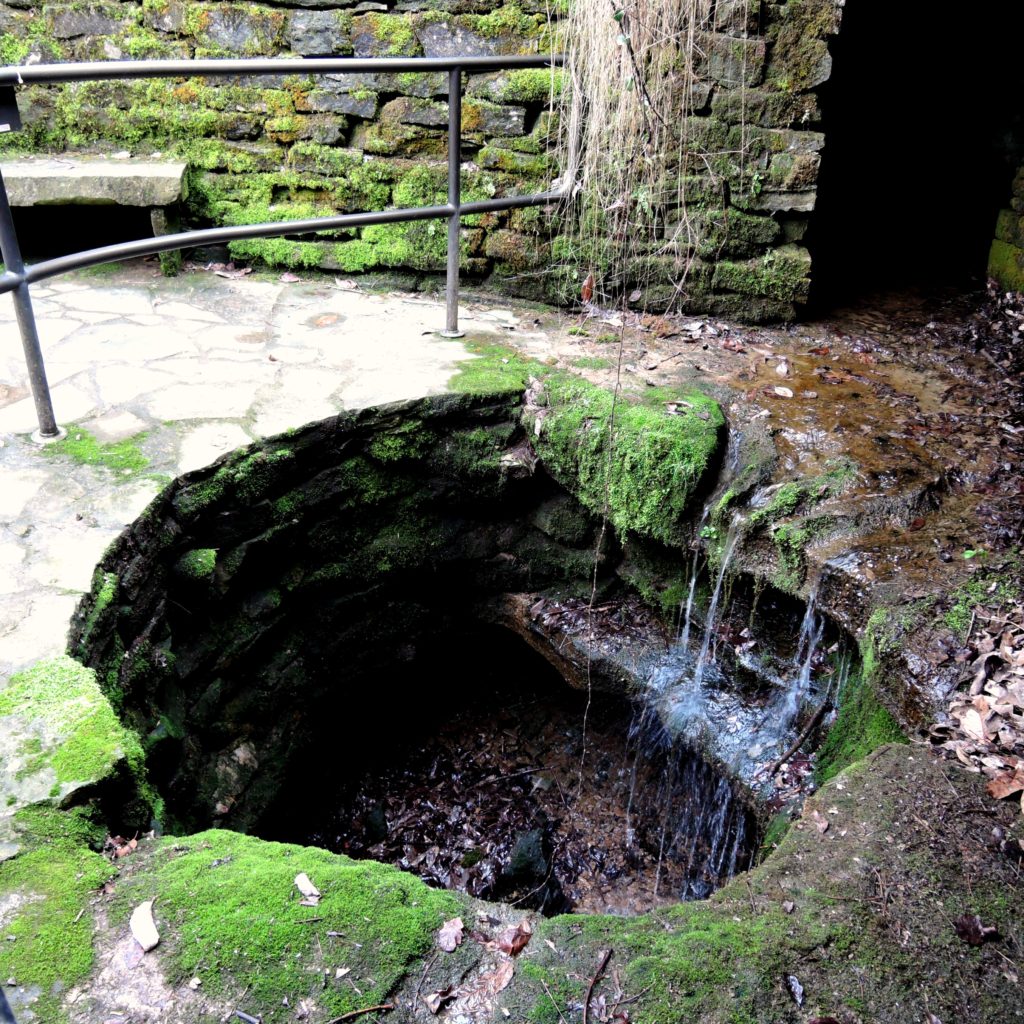 Lincoln’s Birthplace is a National Historic Park located on the site of Sinking Springs Farm where his parents lived in a log cabin. The sinkhole spring still bubbles lively, and is well tended by the National Park Service. 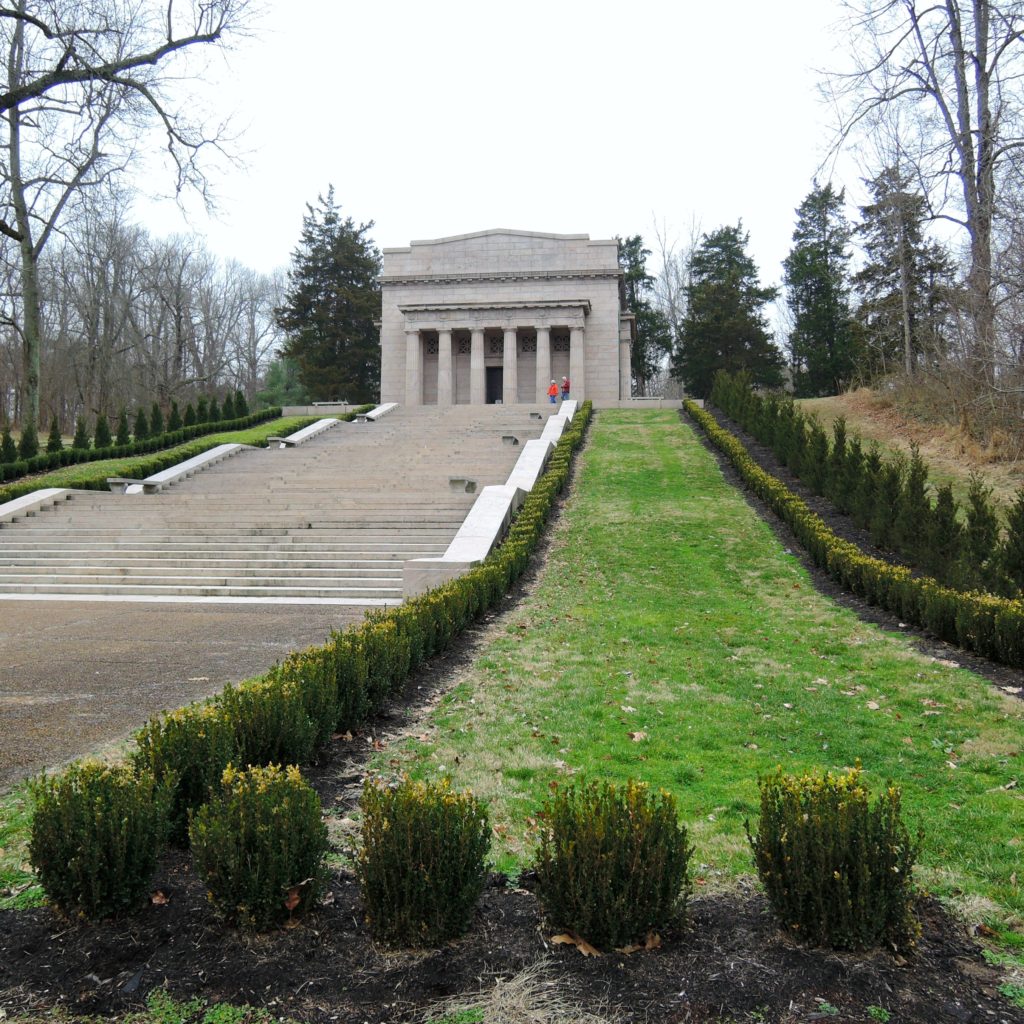 High on a hilltop above the spring is an impressive granite mausoleum. And inside this grand building is a humble log cabin. Lincoln’s birth place? Well, it was once thought to be. But modern forensics have now proved the timbers to be the wrong timeframe to have belonged to the Lincoln family. So a cabin of unknown origin and dubious historic importance has been carefully enshrined in stone and receives 200,000 visitors annually.

That’s okay. We can all pretend it’s really Lincoln’s log cabin and that doesn’t diminish the experience at all. It’s still a cool place. 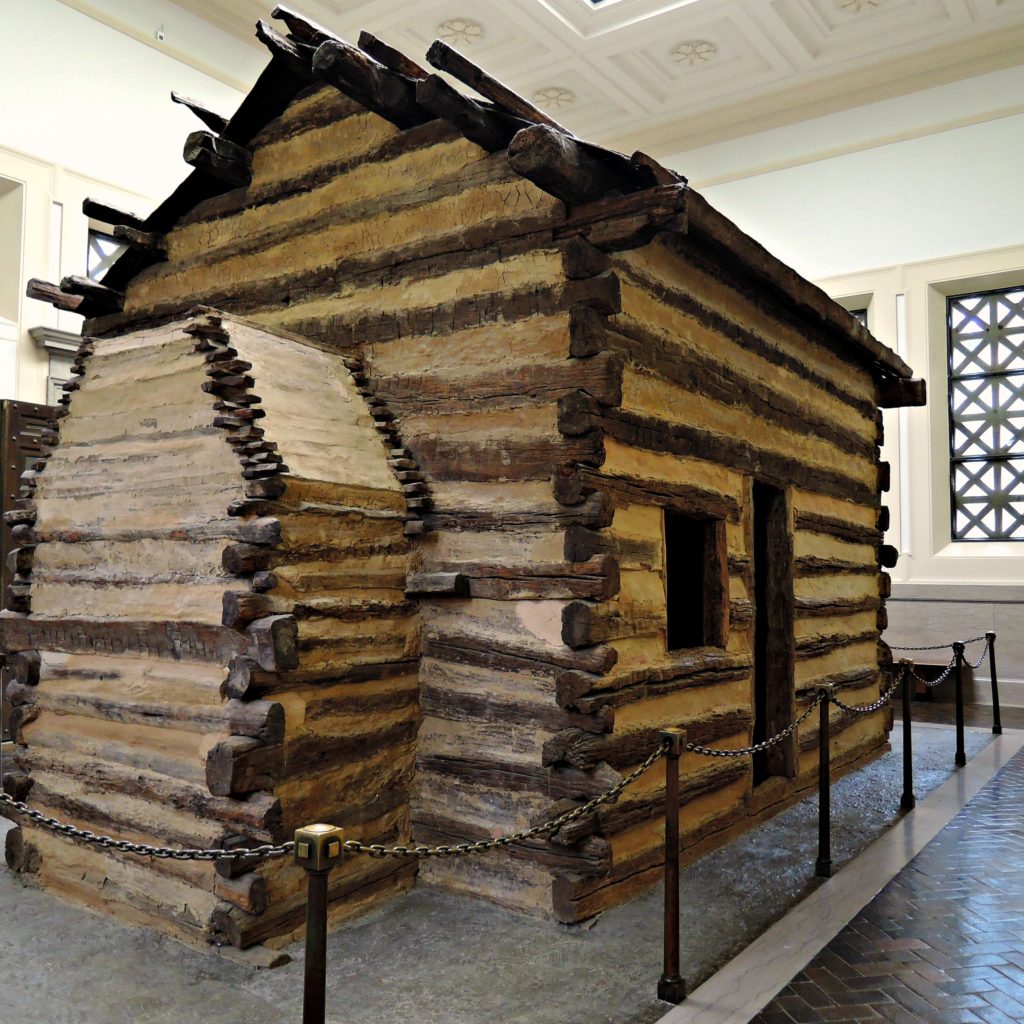 Tim’s family also hailed from Hodgenville and as we walked the city’s streets he pointed out places dear to his childhood. His grandmother’s Victorian house, the store where he got his first Buster Brown shoes, and the venerable Laha’s Red Castle diner (pronounced Lay-Hays) which has served hamburgers at its tiny lunch counter since 1934. 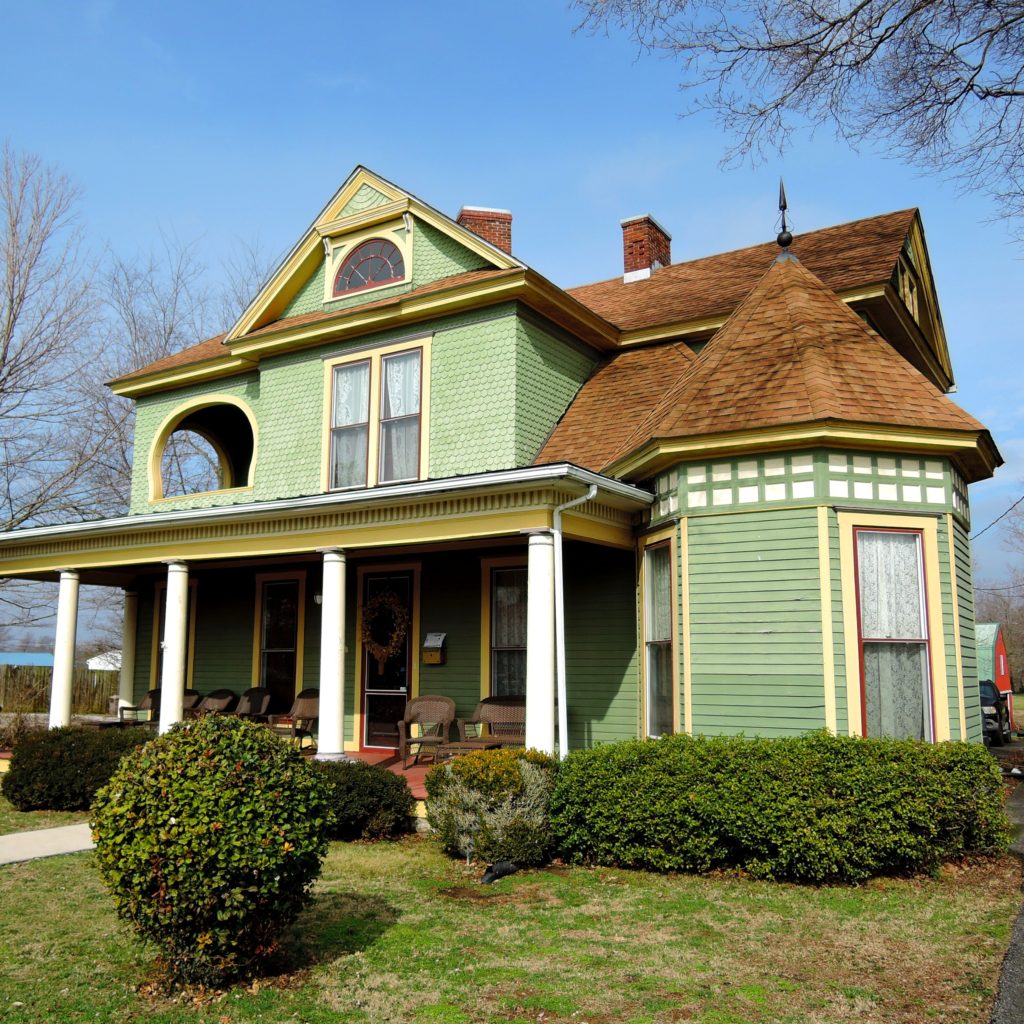 In the center of Hodgenville’s business district is a fairly famous bronze statue by sculptor Adolph Weinman. There’s also a museum dedicated to all things Lincoln. 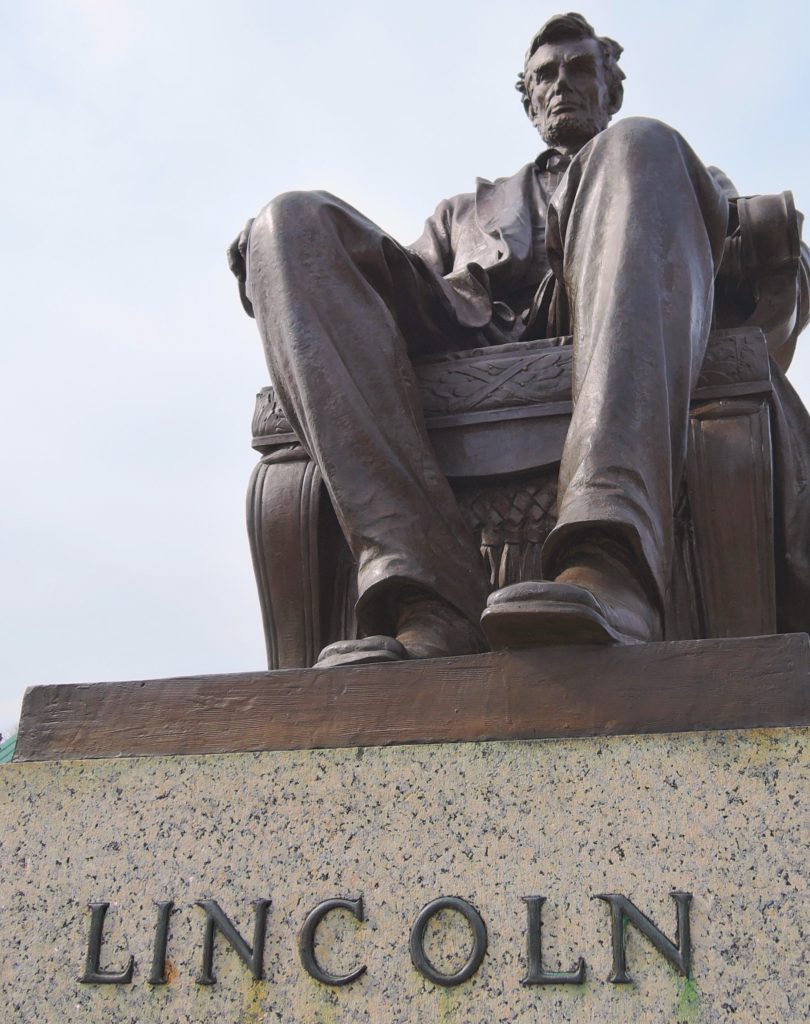 Nearby is Joel Ray’s Lincoln Jamboree, which hosts a musical variety show on Saturday nights. We’ve been many times, and for an exceptionally reasonable $10 admission fee it’s a fine evening of down-home entertainment. Joel Ray himself is emcee, and has been since 1954. Bless his heart! 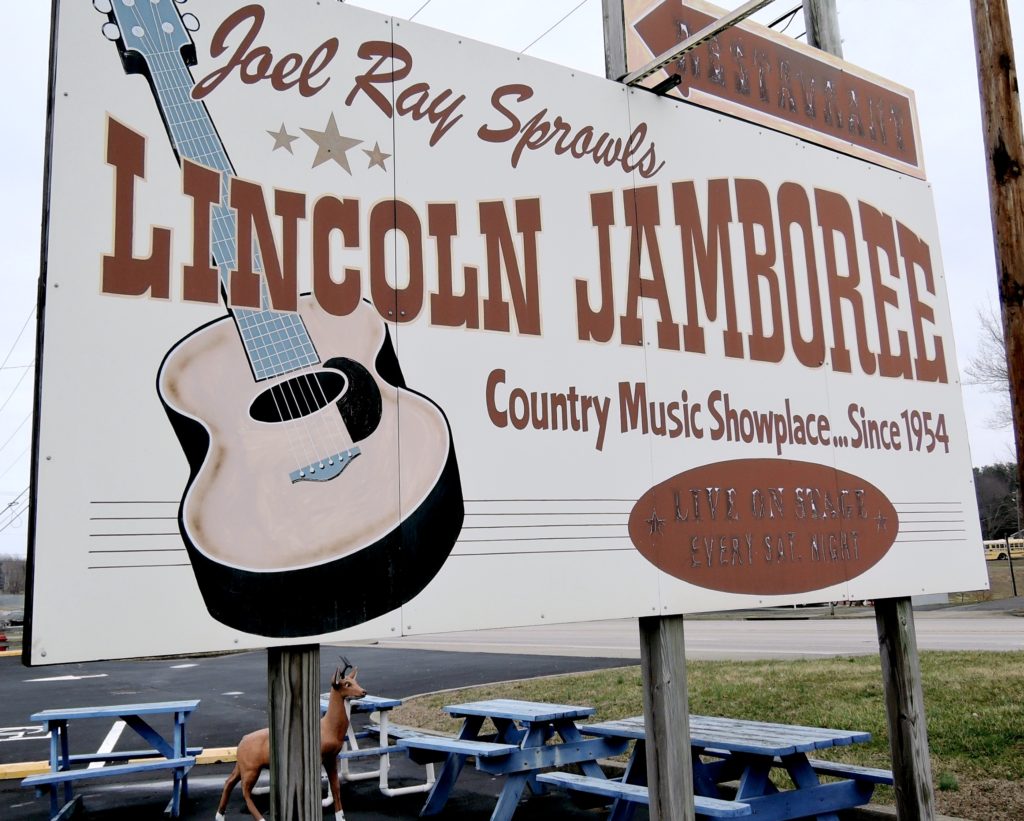 We rounded out our visit to Hodgenville by stopping at CPS seed supply, where a couple of friendly managers helped us order farm supplies and then invited us to their free fried chicken buffet. Seed and Feed. Now that’s what I call a swell day in Hodgensville, no matter how you say it! 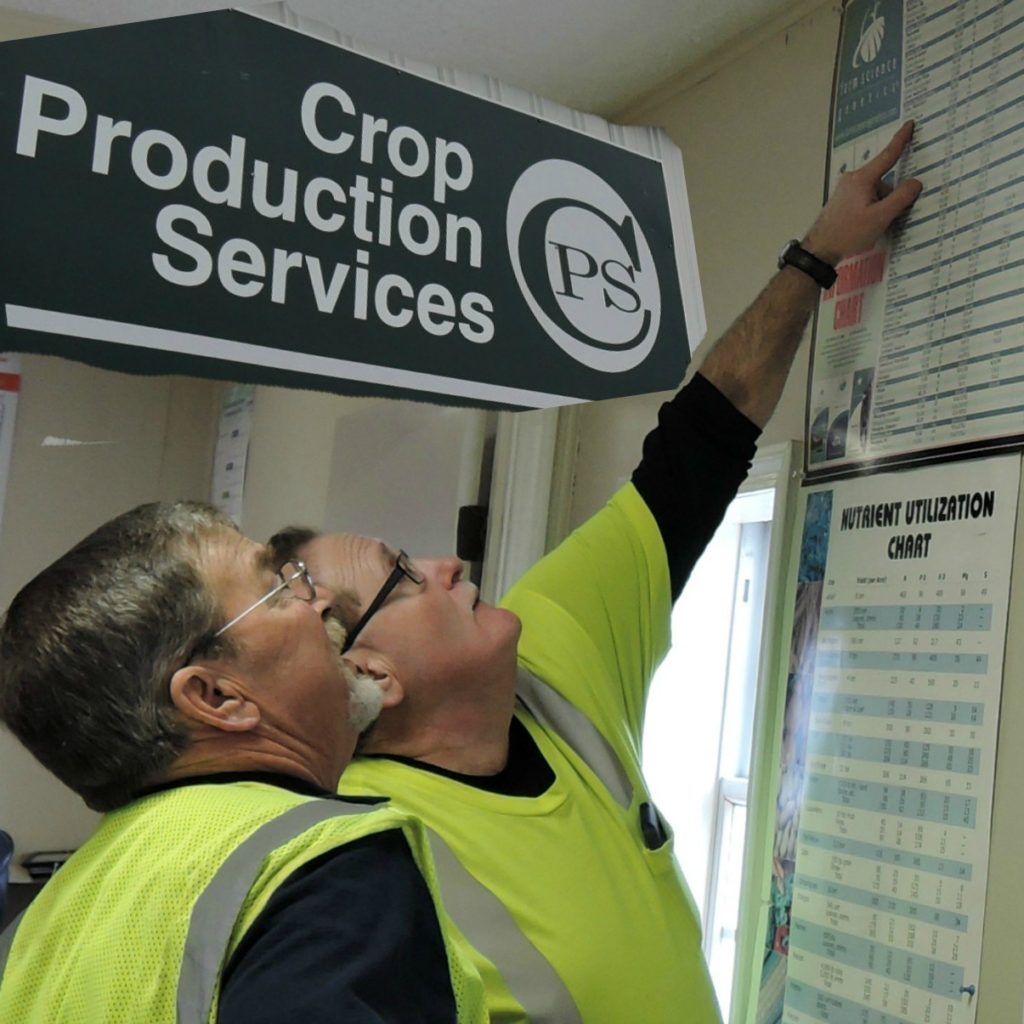 South to Florida on Interstate 65

When are you going to do Route 66?

That would be a fun trip to plan!