Family joined us here in Asheville, and we toured the opulent Biltmore Estate all day. 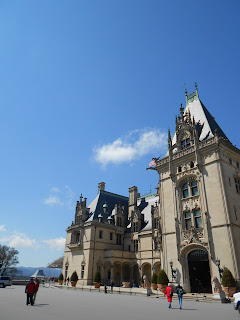 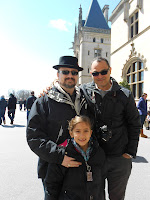 The Biltmore is America’s largest home, with 250 rooms situated on 8000 acres nestled in the Blue Ridge Mountains.

This enormous property was built in 1895 by George Vanderbilt, who called it his “country cottage”. The first generation of Vanderbilt’s built their wealth on railroads, and the grandson who constructed this estate not only inherited a fortune, but doubled it by his own enterprise. Thus proving a prime tenant of capitalism: Money will pool to the few.

We lunched at The Stables, where George once kept a fleet of 20 carriages and 40 horses. 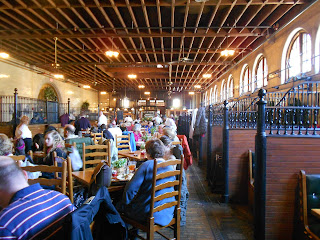 The home is furnished with European antiques of all periods, from sixteenth century tapestries to Louis XIV furniture. There are three Ming Dynasty vases in the library, each big enough to hold a grown man. Richard Morris Hunt was the architect and interior decorator, and traveled the world with Vanderbilt hunting for furnishings. Frederick Law Olmstead designed the grounds, and considered it the pinnacle of his life’s work.

We took an afternoon tour of the interior, and regrettably they have a No Photography policy. I did manage to squeeze off a few shots when the docents weren’t looking.

The Vanderbilt’s entertained often at this home, and the house is arranged to properly keep Victorian-era guests comfortable and the genders separated. Various “healthful” activities were hosted during the day; horseback riding, outdoor games, indoor swimming, bowling, and a gymnasium. Ladies were given a maid to help them change for each activity, usually requiring 5-6 different outfits for a single day. A seven course dinner was served at 8pm, and guests were expected to be dressed in formal attire.

George Vanderbilt died in 1917 and his widow continued to use the house. Their daughter married into the Cecil family, and descendants still own the property today. 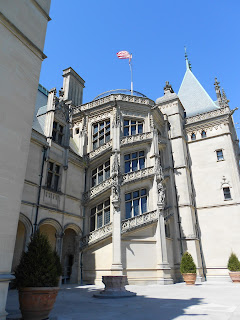 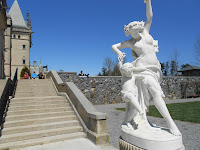 Recreation of the Mind

Thanks, Karen! I never know if anybody reads this, so your encouragement really means a lot!

Richie I am just LOVING this blog! I have laughed out loud several times. Keep ’em coming Sweetie…great job! Have a wonderful trip. Much love to you both.