Home KY The One Day Battle at Tebbs Bend
KY

The One Day Battle at Tebbs Bend 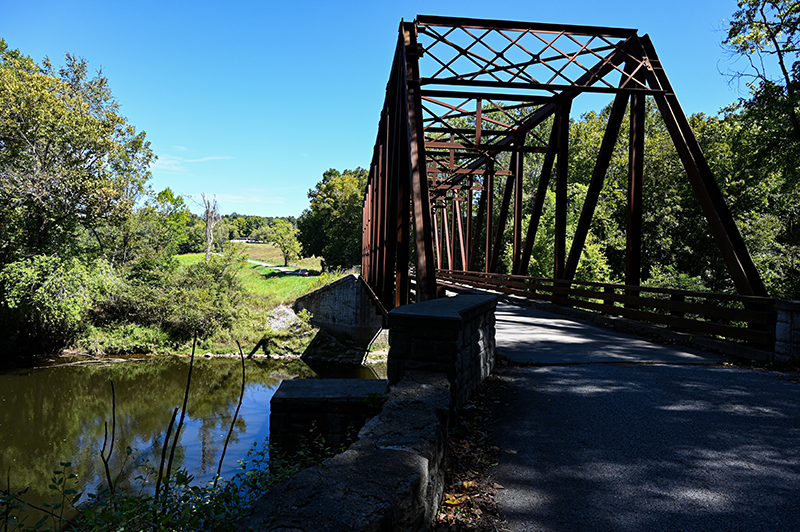 During the Civil War there was a one-day battle at Tebbs Bend on the Green River. It begs the question: What is worth fighting for?

We were in the Green River Lake area last month and found a Civil War Battle Tour nearby. 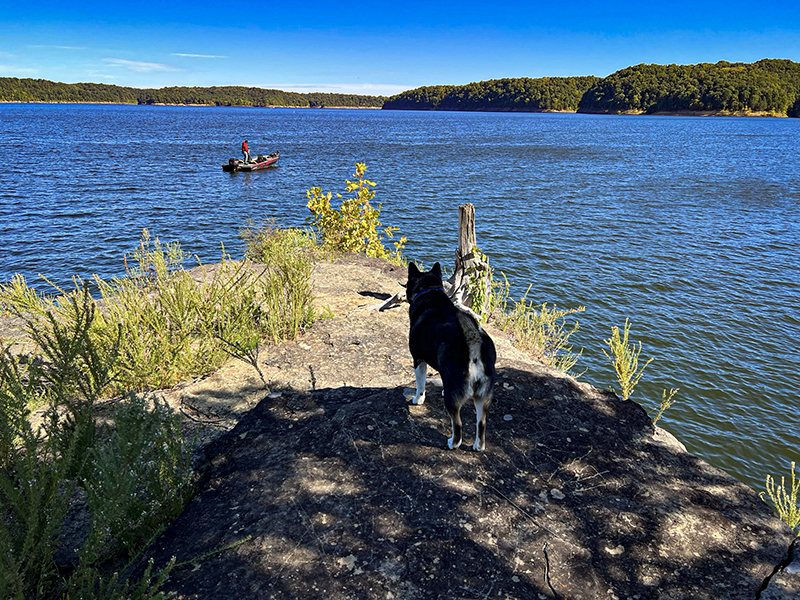 Tebbs Bend was the site of a ferocious one-day battle on July 4, 1863.  There’s a self-driving tour with historic markers that loop around the battlefield. 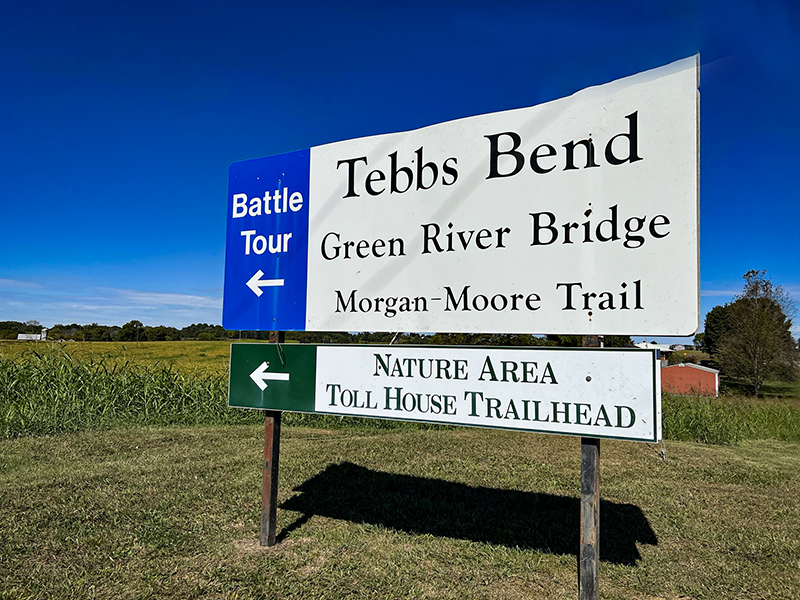 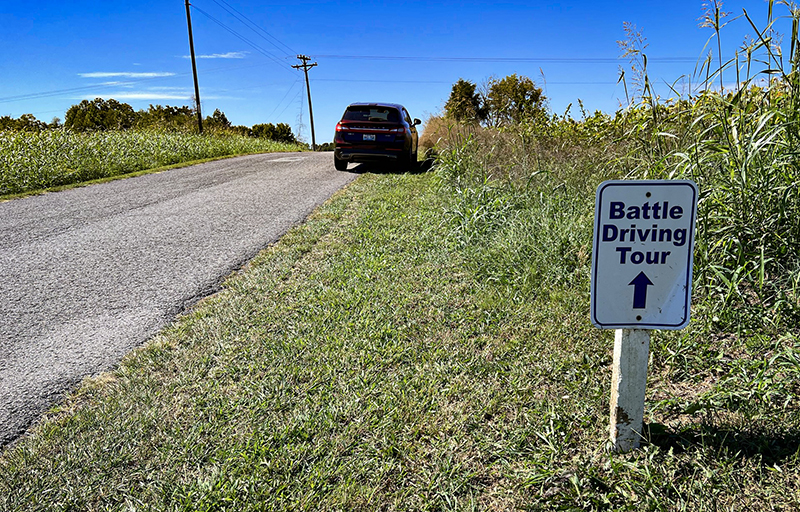 What could be so important that two armies clash for a day and then give it up? It’s the same question I ask when faced with an impending confrontation: Is this really worth the fight? 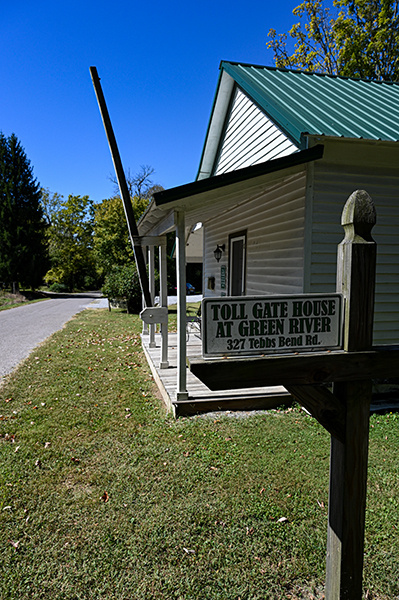 At Tebbs Bend, there’s hardly any evidence left of the mighty battle between North and South. The fields where cannons and muskets once ferociously fired are now calm and peaceful. Isn’t it the same with our own battles? Years later we might think back on a big fight and fail to remember what all the fuss was about. 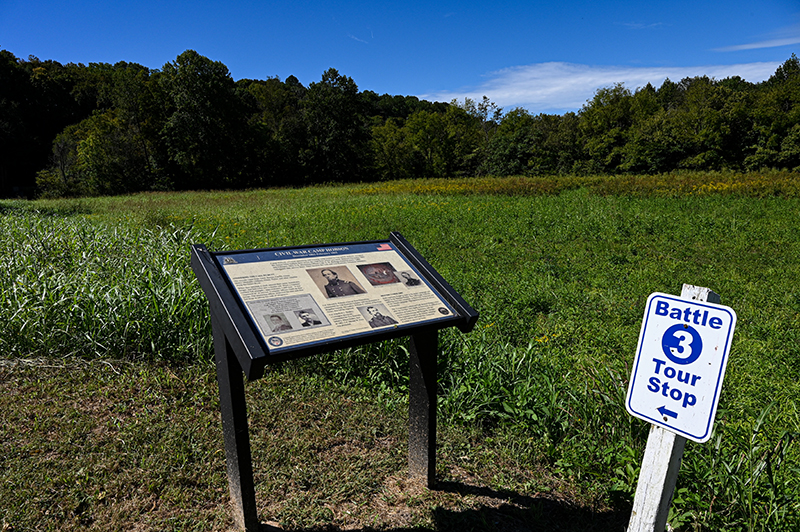 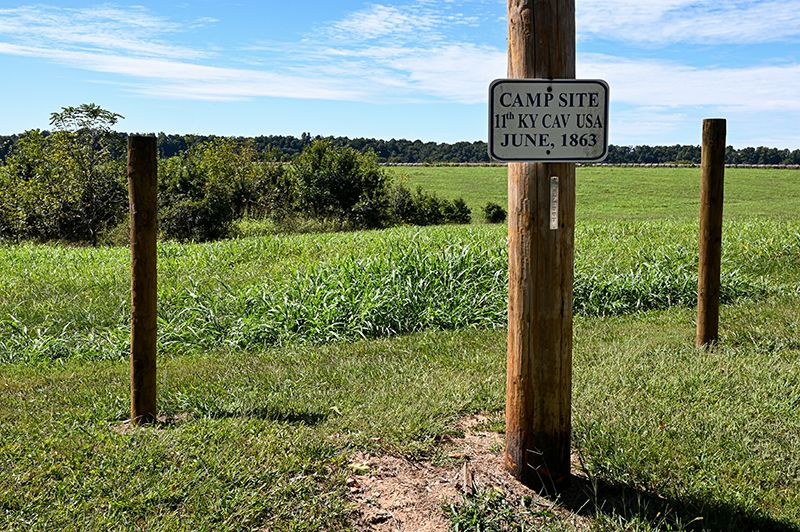 The Confederates wanted to cross the Green River at Tebbs Bend. The Union regiment wanted to stop them. Two determined forces opposed each other.

That’s how confrontations escalate. Somebody irritates you or gets in the way. Could be a cranky neighbor or a tailgater on the highway. How do you choose what’s important enough to fight about? 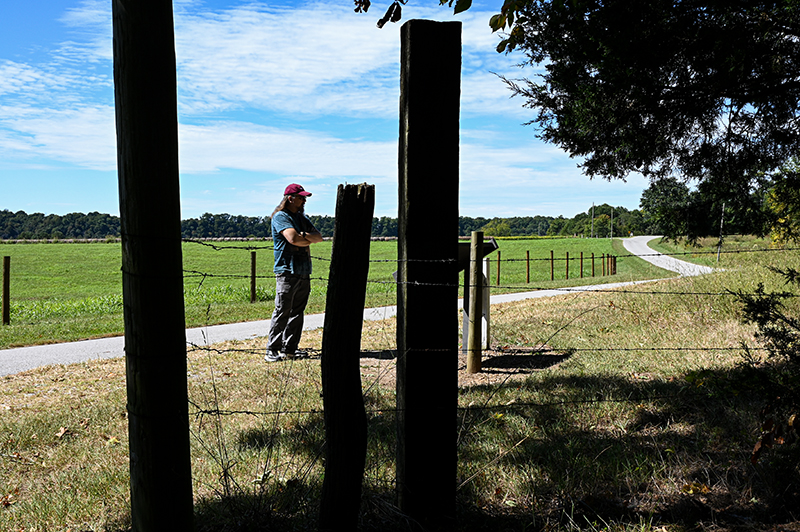 Choosing your battles wisely means calculating the odds of winning. At Tebbs Bend, Colonel Moore of Michigan’s 25th regiment had a small force of about 200 men facing General John Hunt Morgan’s 2500-man calvary. Seemingly impossible odds, but the North held the high ground. “The strongest natural position I have ever seen,” said one Confederate. 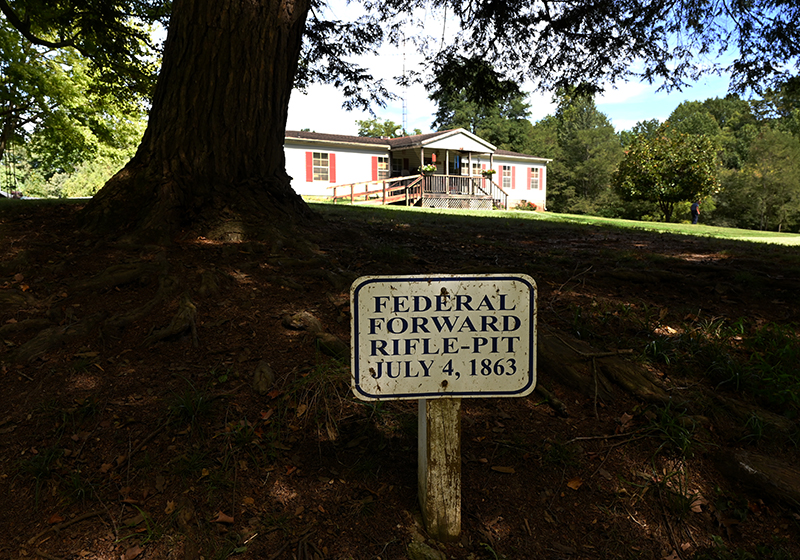 When you hold the high ground, when you know you’re right, then the fight seems justified. I will argue with the insurance company, or revenue board, or any other soulless corporation when I’ve been cheated.  It may take months, but I will persist until the battle is won. 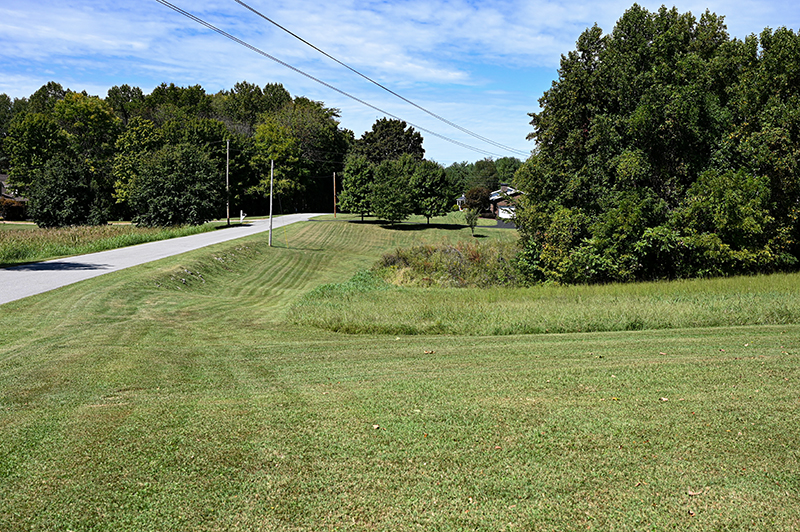 I stop fighting when blood is drawn. For instance, I battle with a fussy mowing machine at the farm. It’s stubborn, hard to start, and takes a lot of fiddling with screwdrivers and wrenches. But when my knuckles get bloody, that’s when I retreat and call a mechanic. Not worth the fight.

War means spilled blood, though. This cabin at Tebbs Bend was turned into a field hospital. Wounded were brought here, and accounts of the day said the blood ran into the street. Floorboards on the second story are still stained red. 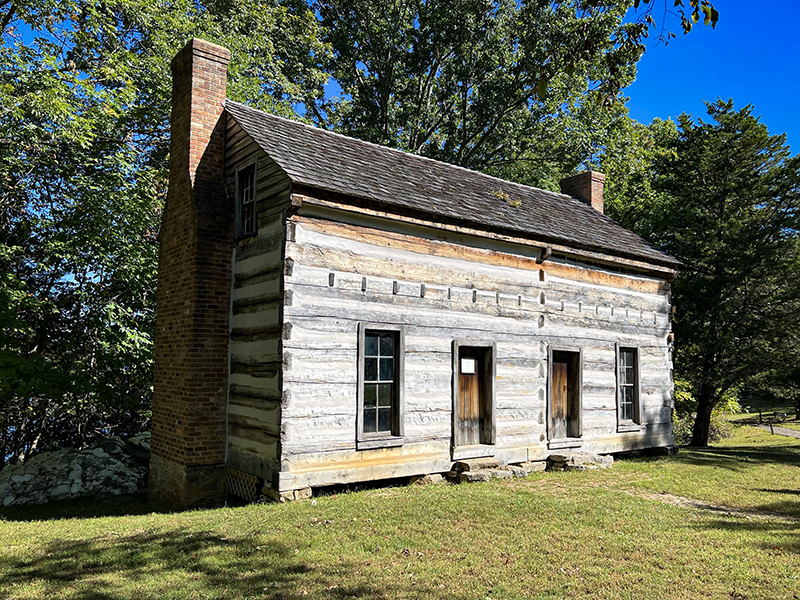 General Morgan demanded the outnumbered Union troops surrender. They refused because, of all things, it was the Fourth of July. Which leads me to the idea of timing…

Sometimes it’s not the right day to fight. Perhaps it’s better to surrender, at least temporarily. Take some time to think and come back when you’re not so mad. Maybe that nasty clerk will be on vacation. Maybe the glitch in the software was fixed overnight. What a difference a day can make! 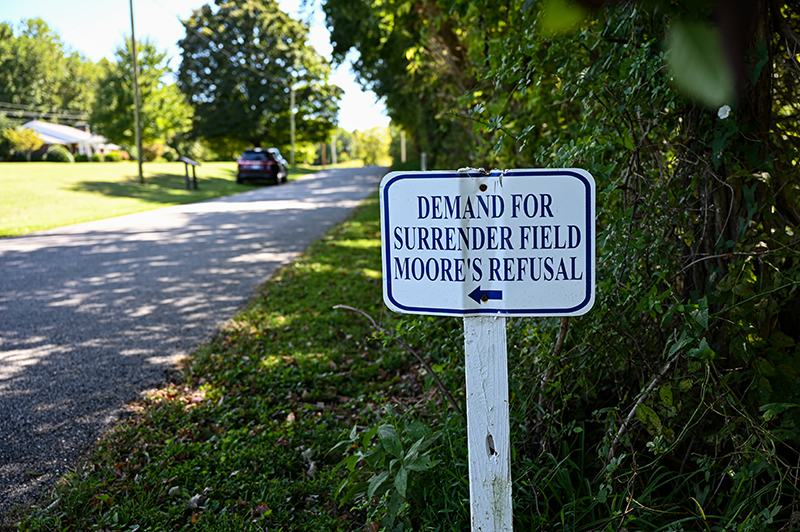 After the Union refused to surrender, the Confederate calvary tried repeatedly to charge up the hill. They were repulsed eight times.

I can’t think of anything I’ve tried to fight eight times in one day. My limit is three. After that, I figure it’s not meant to be. At least not that day. 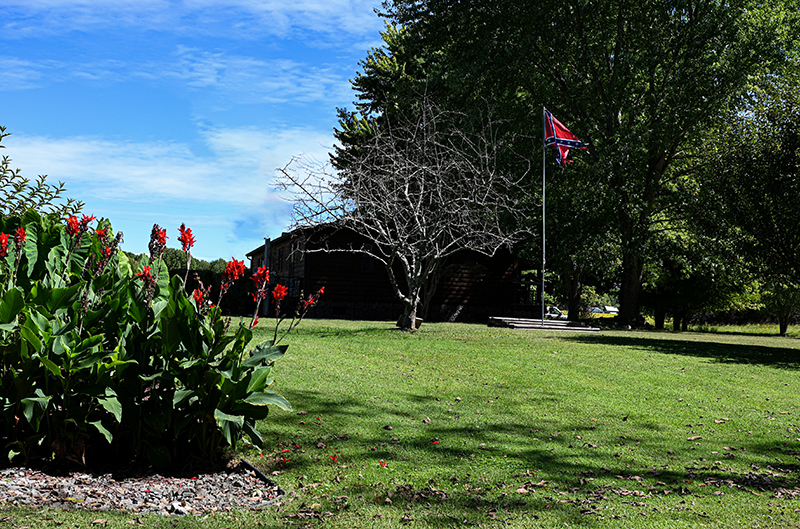 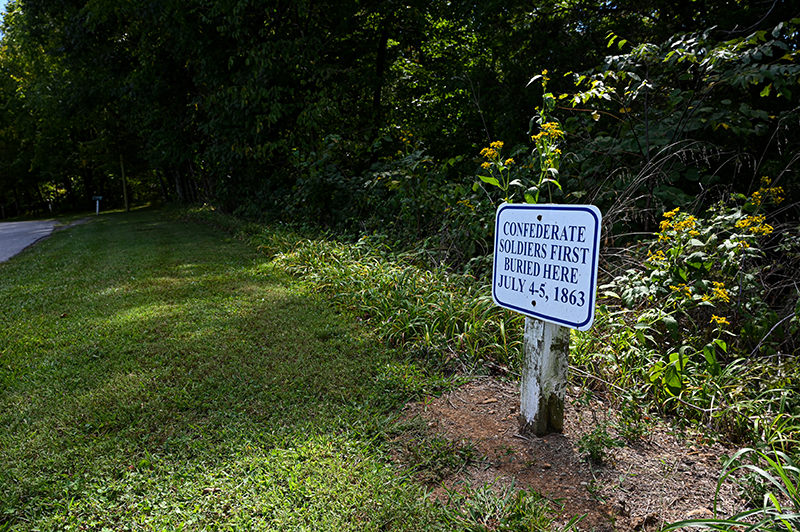 A few Michigan troops were killed. And a whole lot of Morgan’s Raiders lost their lives. Eventually the Confederates gave up and crossed the river farther east. The cemetery at the end of the road is a reminder of that awful day in 1863.

Now, I don’t understand the mechanics of war, but it does seem foolish to keep charging up a hill when you can just cross the river somewhere else. That’s a life lesson right there. 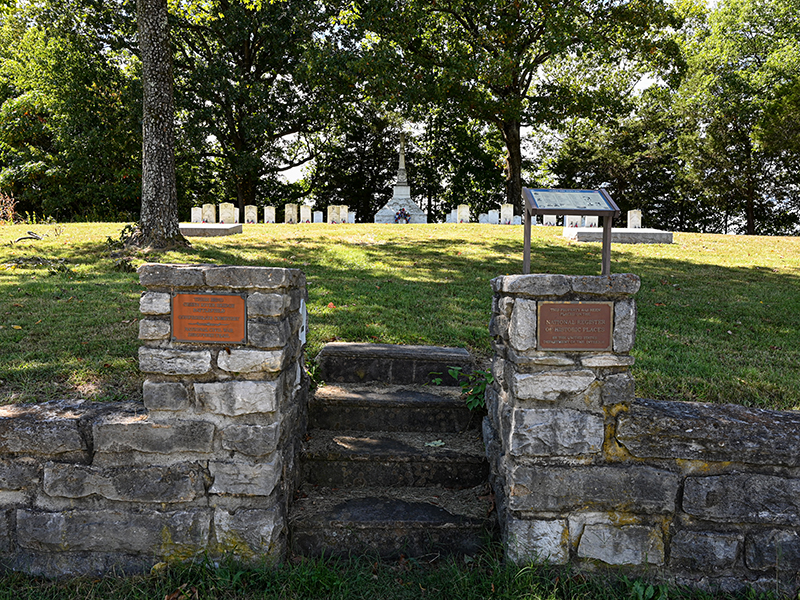 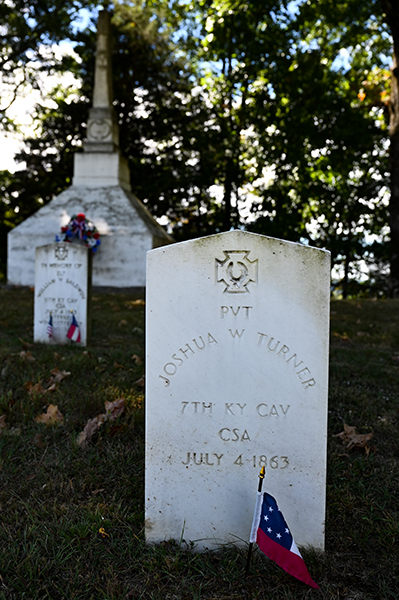 It’s all water under the bridge now. The battle is long forgotten. And the sacrifice of young lives seems foolhardy. 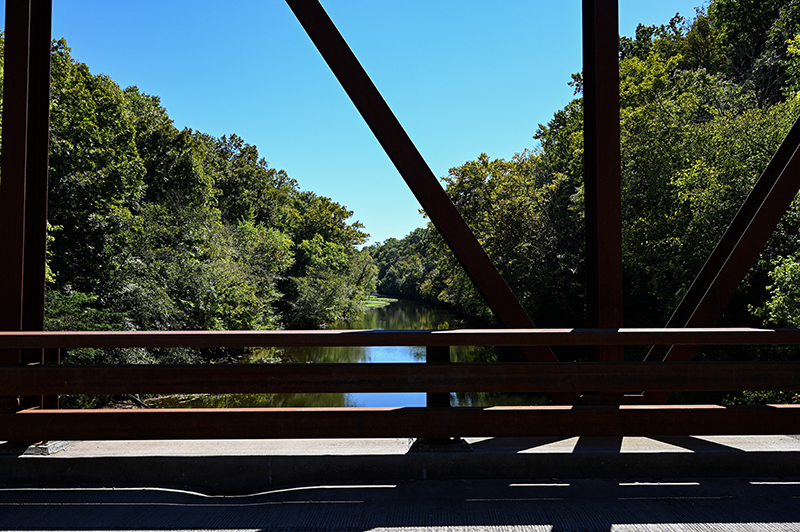 Was it worth fighting for? Let’s ask ourselves that same question the next time our dander gets up.

The Beauty of West Baden

Can you send this to the Pentagon, Putin and maybe the United Nations?

Lovely day when you did your tour. Obviously, you were in a philosophical mood, too. 🙂