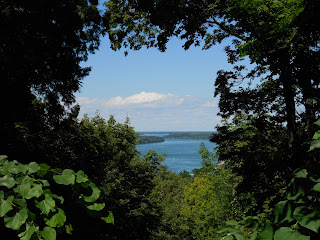 We return to Niagara Falls time and again because the area has so much to offer. It’s all the stuff we like to do – outdoor, natural splendor, and touristy. We revisited several favorites in the past two days, and added some new experiences, too. The weather has been perfection, and it’s a gorgeous ride on the motorcycle cruising Niagara Parkway. The drive is dotted with islands of flowers and fountains, and the profusion of colors is simply wondrous. Walking paths alongside disappear invitingly into lush woods, and the air is clean and crisp. 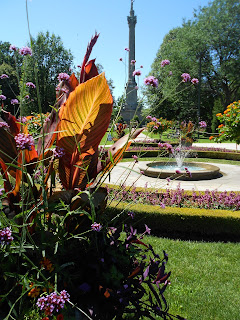 The Niagara River is never far away. It begins at Lake Erie, and after a lively trip through this area, finds its way to Lake Ontario. Traveling 109 kilometers over the Falls, the river then gets squeezed though a narrow canyon, creating a stretch of wild rapids. There’s a boardwalk where you can walk alongside the white water – foamy and bright green from limestone deposits. These are Class 6 rapids, considered “unrunnable” due to the steep vertical drops and huge boulders. 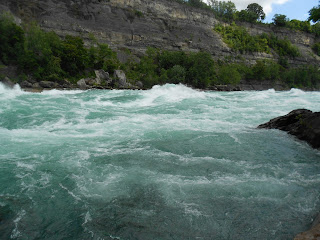 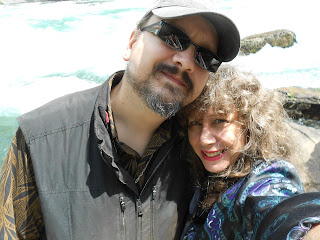 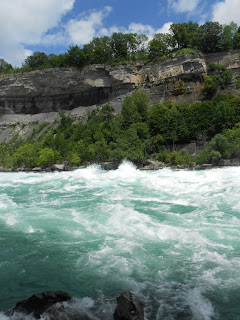 After the rapids, the rivers attempts a 90 degree turn to the right. The result is the Great Whirlpool – a huge turbulent eddy that swirls and circles until at last the water finds its way out. For the first time we rode the Aerocar – an open-air gondola suspended above the circling whirlpool. There’s also a Jetboat ride, which splashes the more adventuresome right into the worst of the vortex. 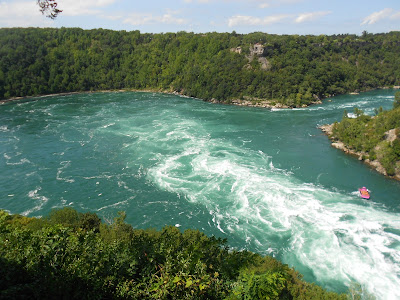 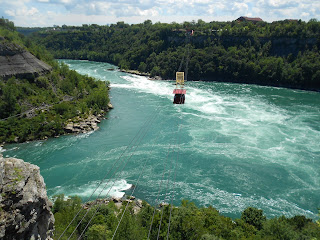 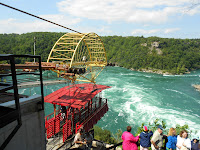 We also visited some of our other favorites: Temple of Ten Thousand Buddahs, the Floral Clock, and the best souvenir store in Canada. 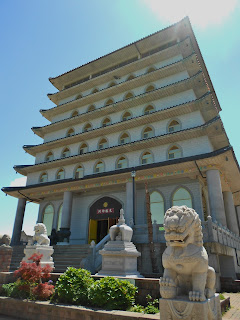 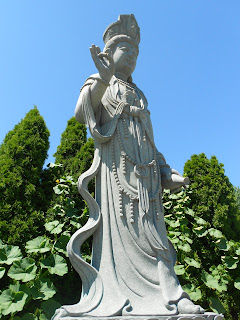 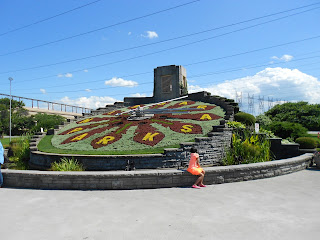 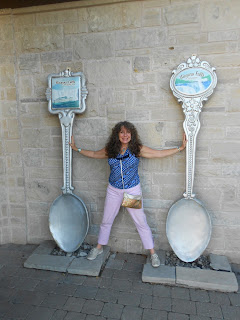 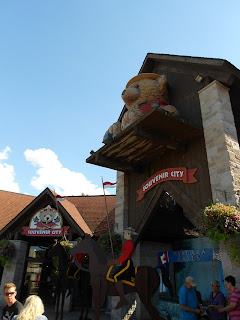 We ended the afternoon at Taps on Queen, a brew house where Tim sampled a flight of beers, I sipped an Irish Hard Cider, and we discovered Poutine – fresh cut fries with cheese curds and red cream ale gravy. Oh. My. Word. 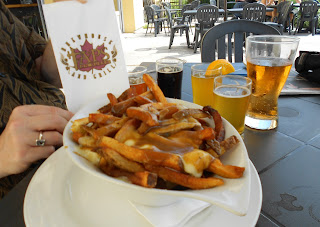