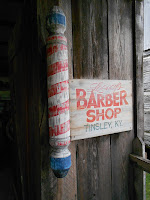 When we are way up in the mountains, in high altitude and thin air, our GPS decides to set itself on Sherpa Mode. It carefully maps a route that is Longest, Obscure, and Steep Terrain (L.O.S.T.)

Such as today, leaving camp in NC, when a simple turn to the right would have led to the highway in a couple of easy miles, but instead the GPS sent us to the left. So we traversed the Appalachian Mountains on the backroads for two hours, though hill and holler, over dale and dell, around switchbacks and hairpin turns. All in the motorhome. 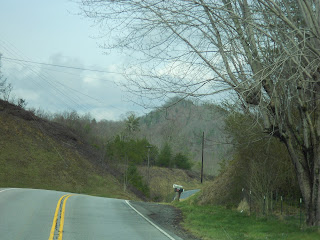 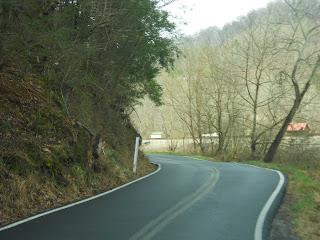 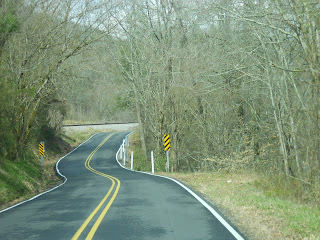 We crossed into Tennessee in this fashion, only to come to an abrupt halt at a washed out bridge. I parked the coach next to the barricades and we both sat there in stunned silence, thinking we would have to backtrack to Asheville. A construction manager came toddling over with advice. He pointed to a sliver of asphalt that disappeared over an embankment. I thought it was a boat launch.

“That’s the detour,” he said. “It’s one lane, and you gotta watch out for oncoming traffic.”

Possibly the longest six miles of my life. The “detour” was the service path for the railroad, squeezed between the tracks and desperately eroded banks of an angry-looking river.

We made it through. And I refused to drive for the rest of the day.

We’ve stopped for the evening in Renfro Valley, which is a music venue and historic pioneer village. Think Branson crossed with Dukes of Hazard. 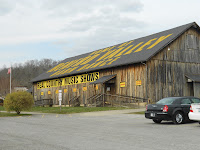 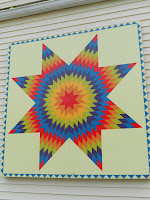 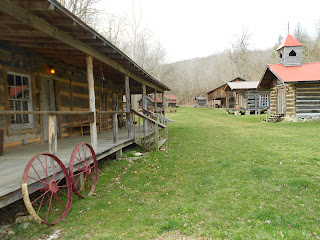 I took a long scooter ride through the valley, and then we toured around the village. There were two musical shows tonight, but we skipped them both in favor of a quieter evening at the campground. 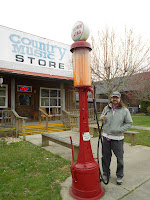 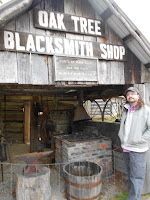 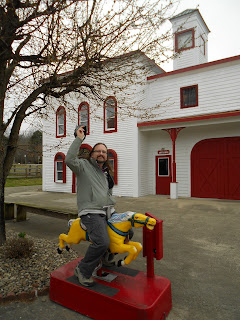 Tomorrow will be an easy ride home. This has been a great spring break, and we’ll be planning our next outing soon. Stay tuned for more adventures to come! 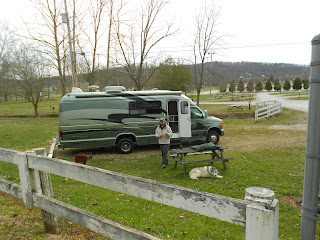