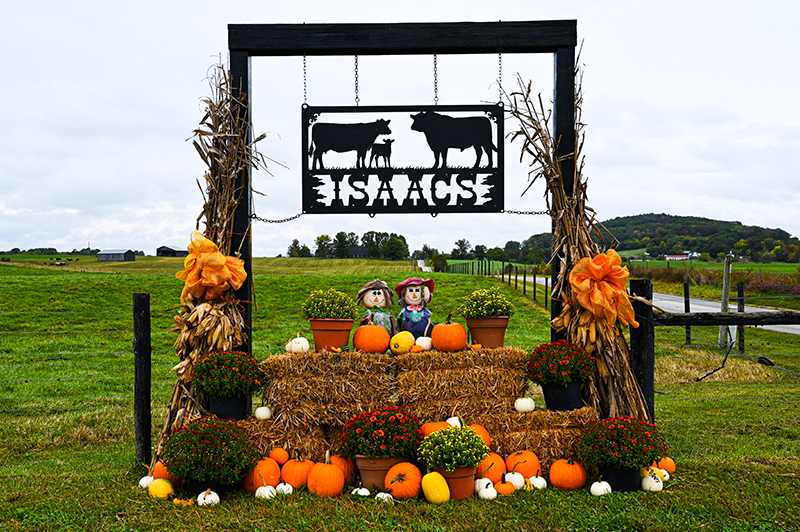 Watching an Angus Bull auction seemed like a good way to spend a Saturday afternoon. This is what it’s come to in the time of COVID – any excuse to get out of the house! 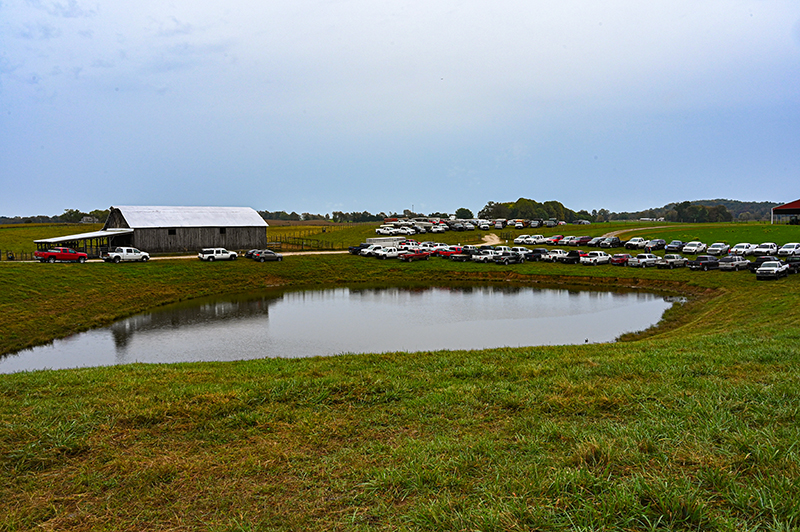 There was a crowd of pickup trucks lining the drive to the auction. Fall is the season to buy and sell breeding stock, and pandemic or not, it’s time to move some hide!

I found a spot to park at the top of a muddy field, next to where the Amish hitched their buggies. Everybody was in on the action. 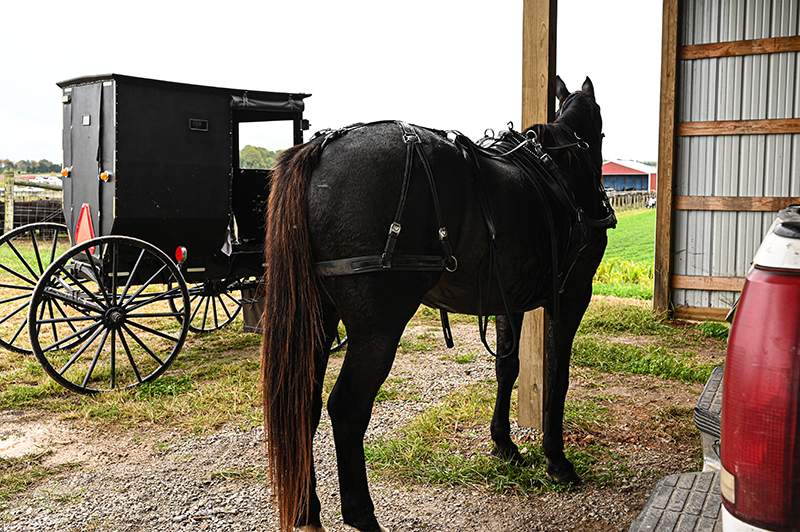 Black Angus bulls and cows were arranged by groups in a long string of outdoor pens. Each animal wore identifying ear tags and the show catalog listed their pedigree. Buyers walked the fence line to inspect the stock before bidding began. 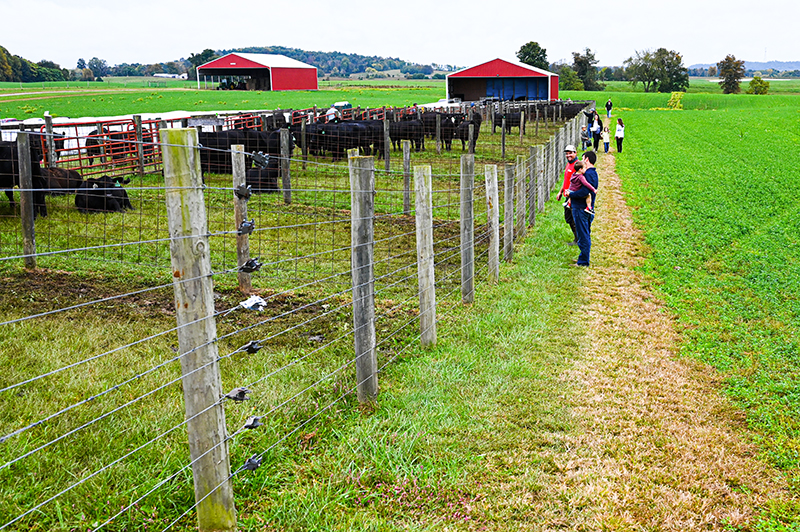 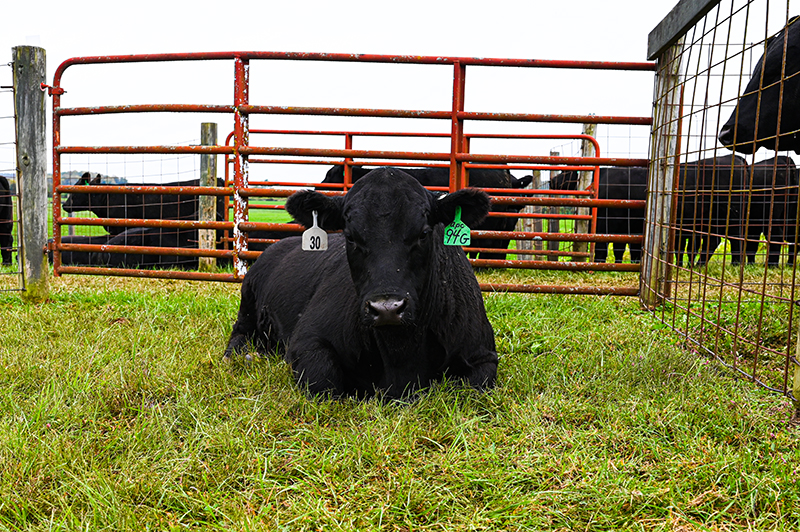 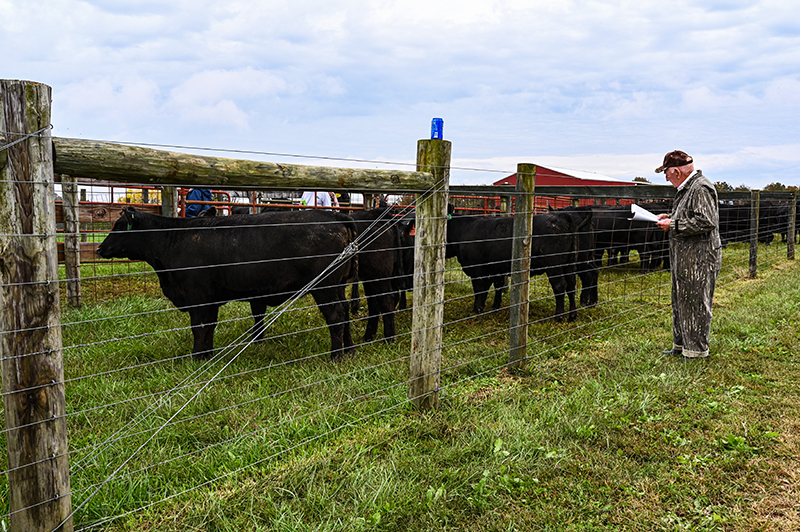 Lemme tell ya – bulls are smelly. Even in the open air it was pretty pungent around these corrals. 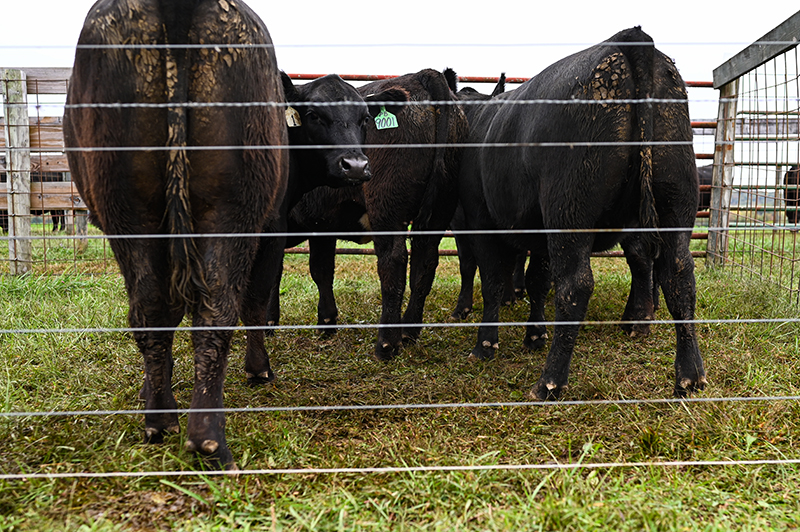 Folks were starting to head into the auction barn, so I followed along. 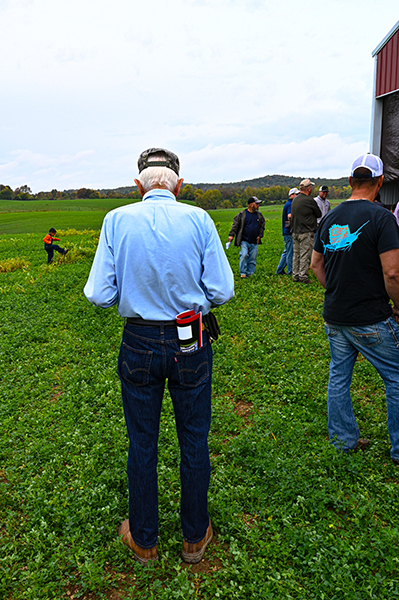 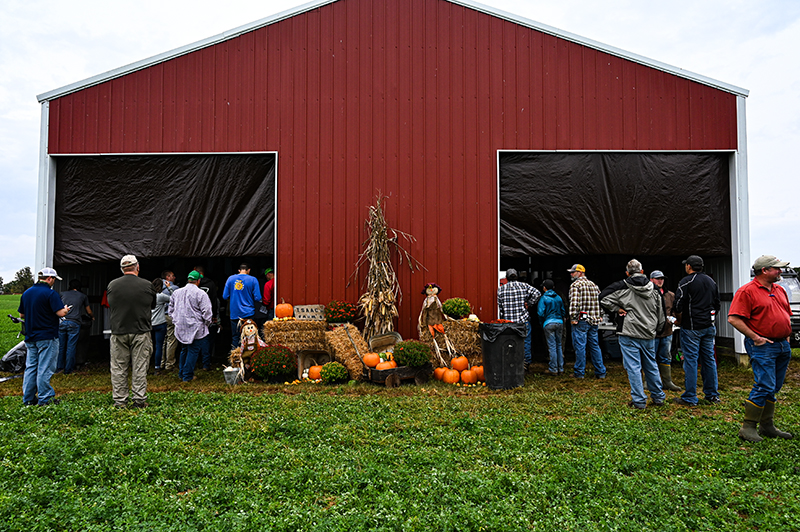 It was a packed house and I squeezed around a crowd of families and serious-looking men. Breeding cattle is big business and these folks weren’t horsing around.

Notice there’s nary a mask in sight – tsk tsk. (I wore mine!) 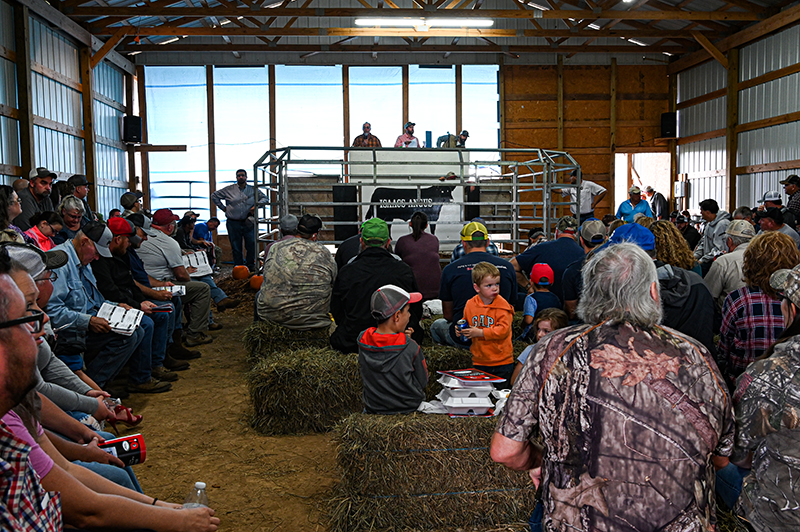 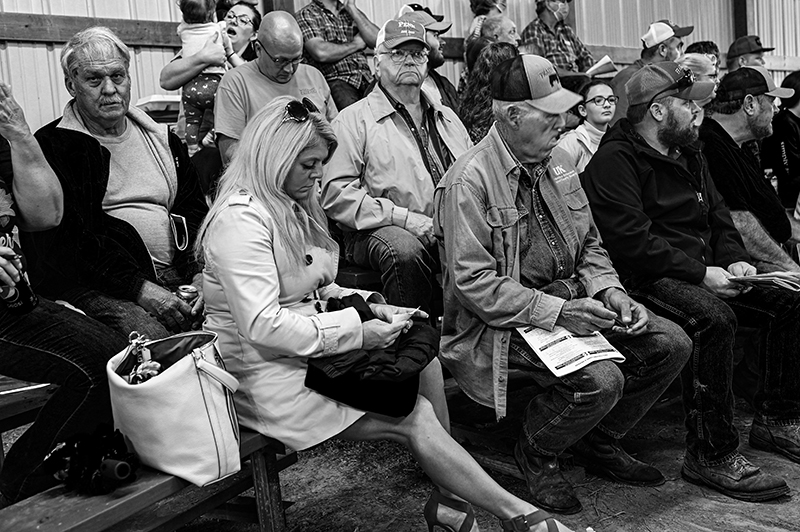 The auctioneers were seated on a raised platform in front of the show ring. Cattle were brought in one at a time, sometimes a cow with her calf, and their pedigree bloodlines were announced. Handlers moved them around with long canes – cowpokes! 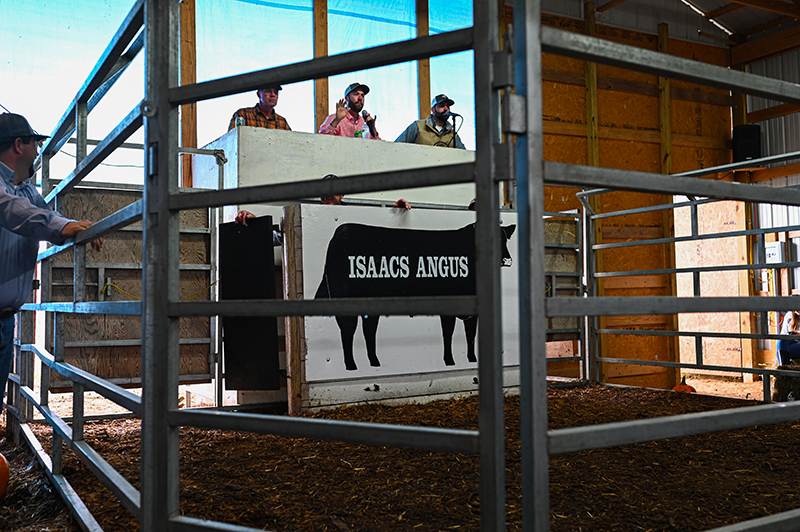 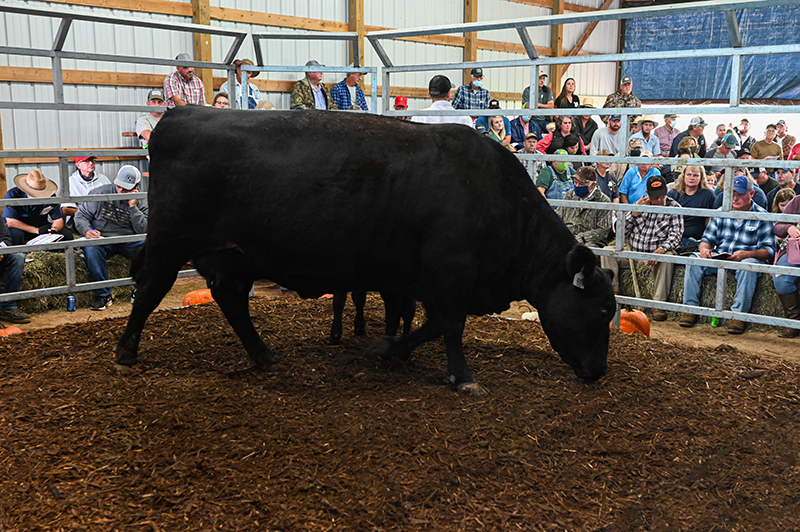 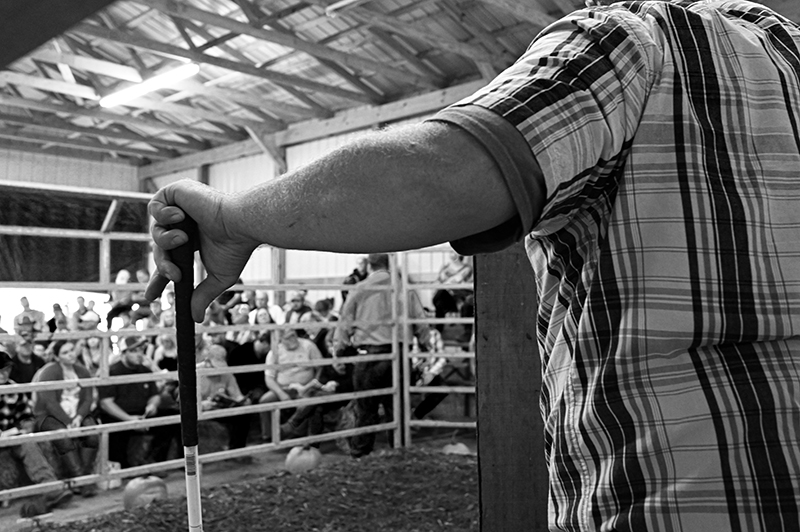 Floor walkers yelled out the bids, the auctioneer pushed for a higher price, and thousands of dollars went down as the hammer fell. Angus stock brings some big prices. 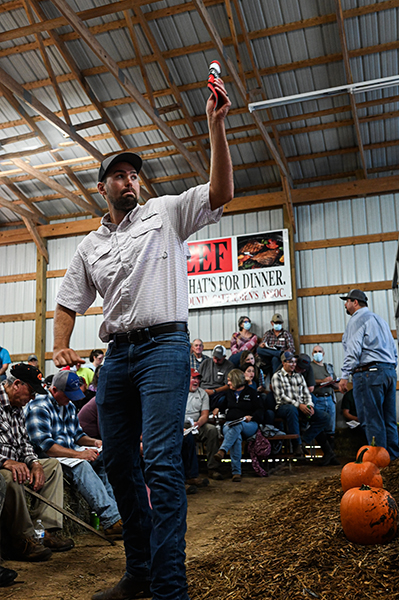 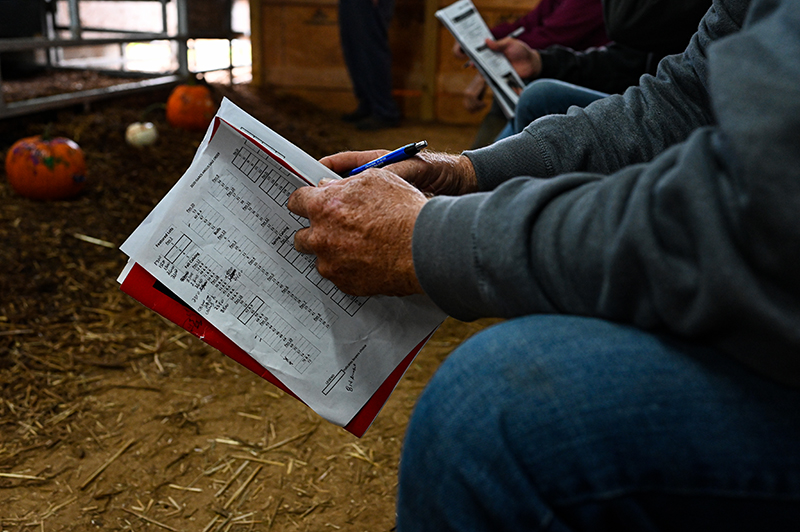 I stayed for a little while, then strolled around outside again with new respect for cattle that fetch top dollars. 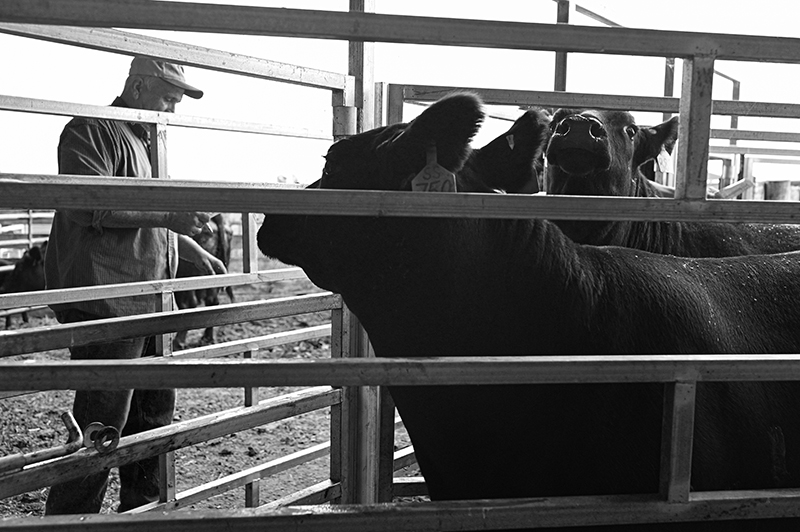 So if you see a sign like this along a shady lane you’ll know what it means – money on the hoof. No bull! 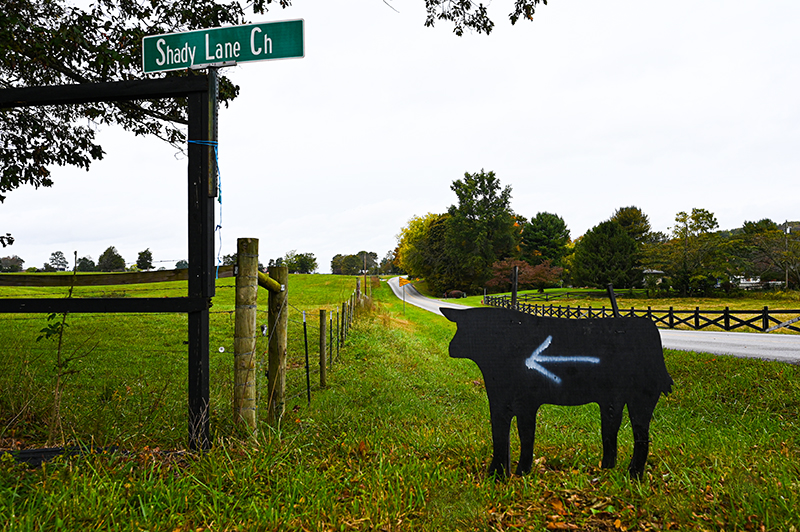 Thanks again for sharing your creativity….and for wearing your mask so you can keep sharing!

I suppose they all felt the smell of the livestock was enough to kill anything. Bet not a one of they wear the masks around their own spreads. How long was it before you got the smell of that many bulls washed from your sinuses, Richie? 🙂

Had windows down and sunroof open! Lol